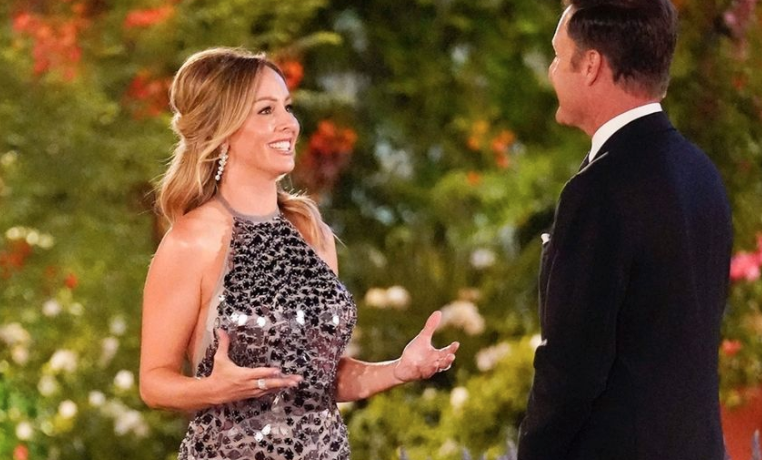 Recently, there are talks on if Clare is being forced out of her role as The Bachelorette. Now, Chris Harrison is opening up on his thoughts on the situation.

Chris Harrison on forcing Clare out

Recently, Clare liked a series of tweets that made it seem like she was forced out of her role as The Bachelorette.

“I think they were trying to force her out on some real. It was reported that she quit 12 days after filming and she locked herself in her room and wouldn’t come out, which was hard to believe considering how bad she wanted it,” one tweet reads. “And I really feel like they are giving her a bad edit( just my opinion). They are feeding into the narrative and the rumors and making it seem like it was Clare’s decision that this ended and i feel like that’s not the case.”

According to Chris, she wasn’t forced out Entertainment Tonight says.

“I would just say she has complete control,” Chris says about the situation. “This season of The Bachelorette was completely about Clare. It’s all about Clare, and she will decide where we go from here. It’s totally, completely up to her.”

It sounds like it was Clare who really decided to leave, despite what the tweets said. Even Chris notes though that he hasn’t seen a lead fall this hard before.

In addition, the host says he has “never seen a lead fall that hard that heavy on Night One. I’ve had lead say, “Wow, I’m really blown away. I really like that person,’ and end up with that person in the end, but it was not a just out and out, ‘Let’s just stop this right now’-type of a feeling,” he says.

Aside from being the host of The Bachelorette, Chris Harrison has been designing wedding rings for men made of various materials. He is doing the collab with Manly Bands. The rings are priced in a pretty wide range and even being made with some really interesting mixed materials including: “tantalum, meteorite and even dinosaur bone.”

However, for a more traditional customer, they can opt for a diamond style ring.

This seems like the perfect job for Chris considering he works around love, couples and jewelry all the time.

“Extremely excited to announce the #ChrisHarrisonCollection of wedding rings, my exclusive ring line with @manlybands! You deserve to find a wedding ring that doesn’t just fit your finger, but also fits your personality. Whether hitting the red carpet or heading down a back country road, you now have a choice of incredible rings designed at the highest quality in a variety of prices. I am so grateful for you all, now let’s put your love on display, your way. Click the link in my bio #ad”

What do you think of the new season of The Bachelorette? Let us know what you think in the comments. Come back to TV Shows Ace for more news on your favorite reality TV stars.