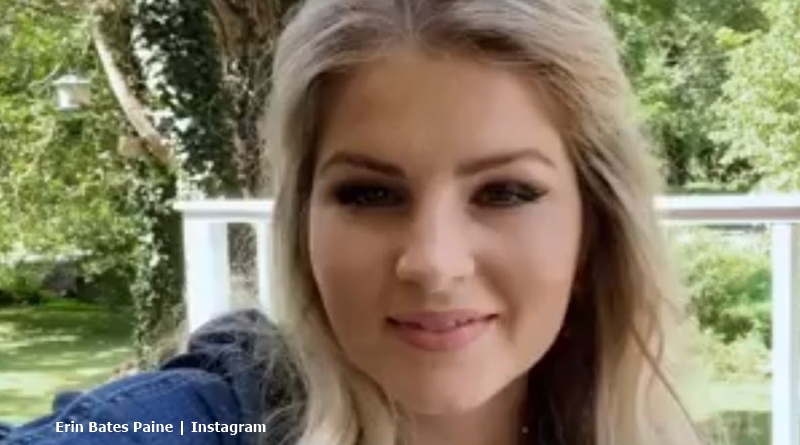 Erin Bates Paine only just revealed that she contracted COVID-19 back in August. Recall, Carlin Bates and Evan Stewart also fell sick with the illness in August. So, perhaps Erin caught it from them. But, the news naturally makes people wonder why she kept it a secret for so long.

We reported that in July, Evan Stewart went to a COVID-19 test after a work colleague fell ill. It came back negative. But a few weeks later, Carlin revealed they both got coronavirus. And, she stressed a lot because her daughter Layla later fell sick from some sort of allergy. So, they experienced a worrying time. So, now that Erin Bates announced that she also fell sick in August, fans wonder if Carlin passed it on to her.

Erin Bates made the announcement about her COVID-19 on Monday, October 26. The mom of Holland, Carson,  Brooklyn, and Everly, shared a photo of her with her husband Chad on the beach. And, the first part of the Instagram post talked about recovery from the virus. Apparently, it takes her a long time.  The Bringing Up Bates star thanked her followers for “the love and prayers” they showed.

Who knew about Erin falling sick?

Well, it’s not clear who knew about Erin falling ill. After all, most fans seemed surprised when she mentioned it. Notably, not surprised that she got it, but because they didn’t hear about it. Erin then explained, “In August I tested positive for Covid and have had a tough time recovering from it, but thank the Lord, I am feeling MUCH better already.” Then, she talked about her “support system” including “doctors, friends, and family.”

Next, Erin Bates talked about needing each other and Jesus “in the storms we face” But, some Bringing Up Bates critics thought that wearing a mask and social distancing might not hurt either. One of them noted, “Important message to help others understand the seriousness of this virus – even to young, healthy people like you! 🙏😷😷.” But a critic replied, “she just shared that she has covid. She didn’t tell anyone to social distance, wear their masks.”

How many people in the Bates family fell sick with coronavirus?

One fan said on the @withoutacrystalball Instagram, “I know at the season finale of Bringing Up Bates they said after Evan and Carlin contracted it several of the Bates contracted it, but I’m not sure who else tested positive.” Well, any number of them may have fallen sick and not talked about it publically, like Carlin and Evan. Some fans just sounded very happy that Erin Bates Paine starts recovering now. And while they don’t know if Chad also fell sick, they send their loving prayers to them both.