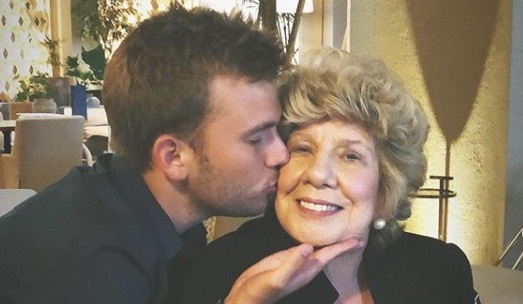 Nanny Faye sent a shockwave through the Chrisley Knows Best fan base after a recent trailer teaser reveals she’s ready to dive into the dating scene. Nanny Faye Chrisley is ready to get herself a boyfriend. Being a fan favorite of the reality TV series… And, being 76 years old… Her decision to jump into the dating scene certainly has fans feeling lots of different ways.

Nanny Faye loves her reality TV family. But, turns out, she’s looking for a little more. In fact, Todd’s mother is interested in hooking herself a man. So, she decided to hop on a dating app and look for love. USA dropped a very short trailer with a teasing preview of Nanny joining a dating app. And, none other than her grandson Chase Chrisley was there to help her get things set up.

“Things are gettin’ personal ’cause Nanny Faye is dipping her toes in the dating pool, y’all!” The caption of the trailer teaser read.

“Are you on a dating app?!” Chase exclaimed in shock and horror. But, he immediate embraced helping Nanny get her profile set up. Unfortunately for her, Chase started asking a lot of hard and personal questions she wasn’t ready to answer.

Was she looking for a friend with benefits? Was she “DTF” (down to f*ck)? Did she have any intimate preferences?

She insisted she was just looking for a relationship

Nanny Faye was quick to remind her young grandson she was still old school. She wasn’t married. So, being intimate wasn’t something she wanted. She was just looking for someone to spend some time with. Fortunately, it sounded like he was more than happy to get her set up.

Julie Chrisley also appeared in the brief trailer teaser. She, however, didn’t have much to add to the conversation. Julie was too busy cracking up as Chase tried to get information from an uncomfortable Nanny Faye.

Things are gettin’ personal ’cause Nanny Faye is dipping her toes in the dating pool, y’all! 😂

Nanny Faye insisted the questions were too personal. And, she shut down answering just about all of them.

What do fans think of her wanting a boyfriend?

Chrisley Knows Best fans are here for her spirit and energy. “Go Nanny Faye!” Most of them chanted in the comments. Several gushed about the sweet bond her and Chase share. Likewise, many just hoped she could find a nice gentleman she enjoyed spending time with.

What do you think about Nanny Faye watching to have a boyfriend? Think she’ll do alright in the dating world?