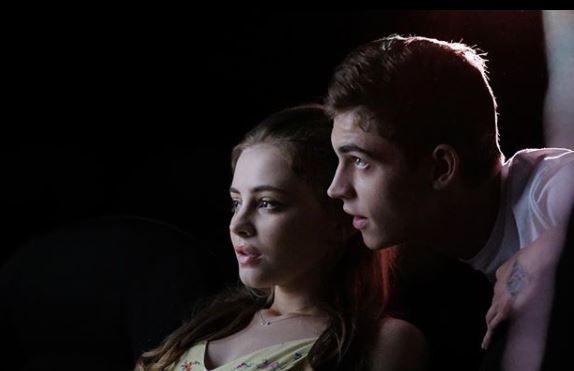 The new movie After We Collided is here and fans can’t wait to watch it. This movie is a sequel to After which was originally seen on Netflix. If you got up today ready to watch the new one on Netflix then you won’t be able to find it. The release date was moved around a few times, but the sequel to After was finally released today in the USA.

After We Collided and how to watch

The movie After We Collided is on Amazon and Vudu both. You can’t find this movie on Netflix just yet. You never know if they will change things up and end up putting it on there later on, though. For now, you can simply click the affiliate link below to order this movie or check it out on Vudu.

What is this movie?

The movie After We Collided is a sequel to the original After. There are several books in the series and it sounds like more movies are going to be coming out. This is the story of Tessa and Harden and their love story. It may not be a conventional one, but these two have a chemistry that can’t be denied at all.

You can check out the preview below.

One big addition to this movie is Cole Sprouse. He plays a very smart character who is perfect to add to this movie. The viewers won’t be able to get enough of him. You will also see Candice King who is known for her time on The Vampire Diaries.

Now, if you missed After it is still available on Netflix to watch. It is a great movie and then you can check out the sequel.

The After series has a huge following and the fandom is a bit wild for these movies and books. Hero Fiennes Tiffin, who plays Hardin Scott in After We Collided, love that fans want Hessa to get a happy ending. He actually wants the same thing for this couple in the end. Here is what he shared with Teen Vogue.

“I hope Hardin and Tessa get to run across a rainbow and clouds of fluffy pink amazingness and everything goes great. But that wouldn’t make a very entertaining story, so I’m sure there will be some bumps in the road.”

Make sure you check out After We Collided this on Amazon or Vudu. So now you have a reason to stay in on this cold weekend.

It was later added to Netflix in December.

‘Days of Our Lives’ Spoilers: Three Ladies Vie For Rafe’s Attention – Who Will Win His Heart?
Dale Moss Asks For Prayers For His Furry Friend
Who Might Jeremiah Duggar Be Courting?
‘The Bachelor: After The Final Rose’: Get To Know Host Emmanuel Acho
‘Doubling Down With The Derricos’: Deon Derrico Confirms Season 2?