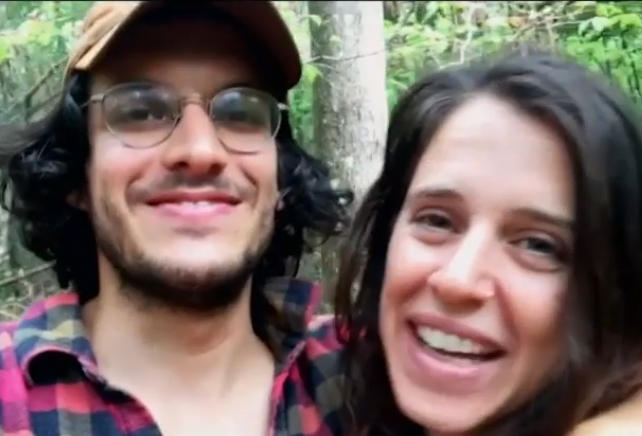 This week marked the Married at First Sight countdown to the overnight contemplation before Decision Day on the arranged-marriage experiment. The five New Orleans couples will next meet on the couch for the final word on their futures together. This week’s October 21 episode, “Pack Your Bags,” unpacked some never-known-before revelations that could be matrimony-ending red flags.

Amelia Fatsi and Bennett Kirschner captured viewers’ hearts with their final days, leading up to the big day, on Married at First Sight. The two were precious as ever in their matching watermelon-slice short sets as they sought advice and counsel on their decisions.

Bennett meets with his good friends, Thaddeus and Robby. The theater director admits that he and Amelia had not yet endured any true trials in their relationship. Thaddeus makes it clear that he thinks the entire Married at First Sight endeavor was merely “playing house.” He insists that in no way were their 16 weeks of TV a test for marriage. Bennett makes it clear that he was intent on splitting time between Virginia and Amelia’s residency there and New Orleans, the hometown he was “not ready to give up.”

Like Bennett, Amelia opted for a tarot card reading, only hers was done virtually. The appearance of the sword card, cups, and the magician did not concern the reader. She cautioned that even the strongest relationships had a few storms and hurdles to conquer. Amelia’s best friends assured her that they loved her and they loved Bennett. They support her no matter her final choice on her future for Married at First Sight.

Do you think this is a 🚩 for Bennett? #MarriedAtFirstSight pic.twitter.com/8Kjtdcsih0

Bennett hears a shocker from his bride

Balloons and romance were everywhere in the air and their apartment for Amelia and Bennett’s last dinner together before Decision Day.  Bennett pointed out that not only do the A and B initials stand for their names, but also for his AB blood type. The girl also encircled their marriage certificate in a heart.

Amelia consistently displays the purest devotion from her Married at First Sight perspective. Even after Bennett pressed her, she couldn’t think of a single, totally annoying habit of her husband, including sounds or smells. Over their dinner of pizza and cheese sticks, Amelia disclosed that she thought it would be “pretty cool to be on a reality TV show” when the experts came to town.  She didn’t think she would be chosen. After she was chosen, however, she concluded that since she got along with “pretty much everyone” she meets, she could get along with a prospective husband, even if he was “a snowman.”

The revelation was literally hard to swallow for Bennett. He confirmed that he was involved in the Married at First Sight process to meet the “love of my life.” He now has to ponder whether Amelia will be a different person after the cameras go away. She mentions that she loved how the cameras “make me feel like a movie star.” Amelia also comments that her schedule and living together while she is a resident may “suck the life out of our relationship.” Red flags are rising for the Married at First Sight pair with a loyal fan parade.  The bride still pledges to “flip a coin” in forecasting her future.

Brett and Olivia met separately with friends to disclose that they had decided on divorce. When Brett was asked what he learned from the Married at First Sight experience, he answered that he “learned a lot about TV production.” Clearly, the groom didn’t learn much about building better chances for a successful marriage the next time. He couldn’t say enough about “the efficiency” of his familiar dating apps and what a confidence boost it was to turn down candidates.

For her part, Olivia was more reflective, saying that she didn’t feel comfortable moving into intimacy, given the on-again, off-again ebbs in the marriage. “It is what it is,” she resigned.  Olivia said that if Brett told her that he wanted to try again on Decision Day, “I would listen,” but she did not say she would want to repeat this Married at First Sight heartbreak again.

Speaking of heartbreak, Henry Rodriguez has more than the emotional wound of Christina’s allegations regarding his affair and orientation to contend with now. In his opening Married at First Sight segment, he details how Christina is threatening the “release” of the aforementioned text if he does not “have her back” during production. He describes the behavior as “despicable,” and few fans would disagree.

Christina, on the other hand, seems to have tears only when things pertain to herself. She meets with her friend, Andrew, relating many of Henry’s positive traits. She insists that she cannot give any more of herself “to a brick wall.” Naturally, she doesn’t mention the root of the latest difficulties. It is impossible to reach out to someone with one open arm when there is a dagger in the other. “I’m not needy,” she declares to Andrew during their Married at First Sight meeting. The friend nods and rolls his eyes.  Kristin, Henry’s friend, shares that she hopes her longtime friend will get out of his marriage.

Christina feels that after a dessert dinner at “a gem” of an intimate restaurant that she and Henry have been “catapulted” into their relationship. She proposes that counseling might help. She is touched that Henry complimented her writing in her letter. Christina thanks Henry, and breaks down into tears, but the emotion comes too late. Henry has made up his mind after all the off-camera manipulation and antics. He says goodbye to Christina before going to his old apartment. She doesn’t get out of bed for a Married at First Sight parting before Decision Day.

Miles finally knows what he needs on Married at First Sight

Out of all the Married at First Sight grooms, Miles Williams is likely the most torn in his emotions running up to Decision Day. In a very frank conversation, Miles assured Karen that he could fulfill every need of that masculine role that she craves in her married life. In return, though, the husband needs to be secure in the love of his wife. He wants to know that she wants to be near him, wants to “love on me,” hold him, and be affectionate.

“I can create the space for that to happen, but I’m not sure will get there,” he tells her.

The next morning, she is packing a bag to stay alone on the night before her Married at First Sight decision. Karen and Miles share a close embrace as he reminds her to “take care of yourself.” She caringly cleans his beard. The night before, she spotted gray hair in her husband’s whiskers. “You gave it to me,” he retorted. “You need to grow up a little bit,” she teased.

This couple has a lot to build on, but walls must come down before new construction can start in this Married at First Sight situation.

Leave it to Season 11’s marital bliss ambassadors, Woody and Amani, to send every Married at First Sight fan to the tissue box.  The tensions before the life-changing day are mounting, but these lovebirds never seem to lose sight of what matters.  They bring some of the sweetest moments on the screen.

Woody visits his grandmother, Yvonne, happily proclaiming his feelings as a married man from his T-shirt. International Business Times covered the tender Married at First Sight encounter. The wise elder fully approves of the union. But she reminds her grandson to make sure that his wife is heard. The same subject comes up between Amani and her best friend. Amani relates how she uses subtle approaches to make sure her husband hears her side of things.

One thing Woody does not want to hear is “No” or “divorce” on Decision Day. During their cozy bedtime talk, the groom tells his bride that he would probably walk out after hearing those words. So much for being heard in that situation, and the response seems to give Amani concern.  The next morning, though, the two seemed tight as ever as they kissed goodbye when Woody left for his Married at First Sight night alone.

Dinner and a special dessert

On their romantic dinner, Amani didn’t even get to taste the three oysters that came with her entrée. Woody gobbled the mollusks down in rapid succession, although he apologized. He proclaimed to his wife that “I have my grandparents’ love,” since he found her. Even though he wanted to be married, he never dreamed he could be so fulfilled. They shared a tender kiss. Then, Woody called “Check, please” after his wife said she wanted “some of your brown sugar” for dessert.

Married at First Sight loves to employ some of the most creative editings in reality TV. Previews for next week show Amani saying “I want a divorce.”

Even in this “most shocking season ever,” say it ain’t so for these lovebirds from the start. Surprises are one thing, but that verdict would be devastating.

There’s bound to be endless reasons to stay glued to every word next week on Married at First Sight. The Season 11 Decision Day episode airs Wednesday on Lifetime.