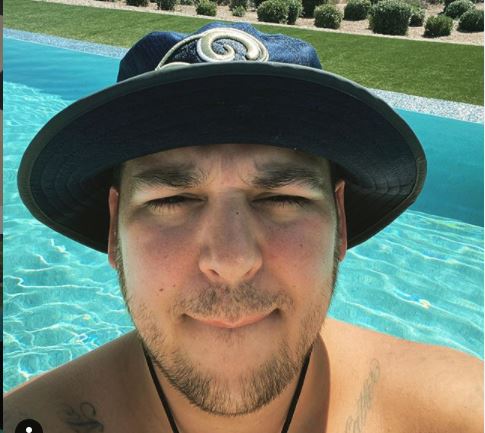 What’s been going on with Rob Kardashian?

Undoubtedly, Rob Kardashian has gone through a lot over the past few years. Most notably, is the tumultuous relationship he has with Blac Chyna, the mother of his young daughter, Dream Kardashian. Unfortunately, the exes have been in and out of court for years. With that in mind, there are extreme allegations back and forth between Dream’s parents. Most recent allegations include the alleged assault of Rob by Chyna. Another allegation is failure to pay child support by Rob.

Terrifyingly, the assault charge alleges that Blac Chyna tries to wrap an iPhone charger cord around Rob’s neck. Interestingly enough, the suit also lists Rob’s little sister, Kylie Jenner. This is due to the fact that the alleged incident occurred in her home. Kylie claims that her home sustained at least $100,000 worth of damage over the course of the supposed incident, reports Page Six.

Why is he coming back to the show?

Additionally, Page Six reports that in July, Khloé Kardashian shares that Rob will return to the family’s reality television series. There is speculation this may be due to the fact that Keeping Up With the Kardashians is filming their final season. Theories for his on and off again appearances throughout the years include his battle with depression and weight gain.

Assumptions can be made that maybe Rob is feeling sentimental as this chapter of his family’s life closes. Page Six reports that shortly after announcements were made about the end of Keeping Up With the Kardashians, Rob visits Mister Cartoon for some tribute tattoo art. While Rob’s rocked the sleeve for a while, the new additions include a crying eye and a cross with rays of light.

Highlights from Kim’s 40th Birthday episode. Rob was there. Who wasn’t?

All of that to say, Rob Kardashian shows up at Kim Kardashian-West’s 40th birthday party. However, one family member of the Kardashian-Jenner family was not seen on the episode. Family members in attendance include Khloé , Kourtney, Kris Jenner, Scott Disick, Kendall Jenner, and of course, Rob. However, Kylie Jenner is not seen at the birthday festivities.

Consequently, Kim’s 40th birthday episode seems to highlight the fact that the Keeping Up With the Kardashian show dynasty is coming to a close. Entertainingly, this episode pays homage to some of fans favorite Kim Kardashian moments throughout the years. Of note, is that one time Kim tries to become a pop star. Laughing, Kim says, “Oh my god, I can’t. I can’t even hear my voice.” The episode shows other iconic Kardashian moments.

Major throwback lol HAPPY BIRTHDAY @kimkardashian ‼️Wishing you another Blessed year filled with good health and HAPPINESS 🙂 💙💙 I LOVE YOU SO MUCH woohoooo!!

After 14 years and 20 seasons, it is hard to think of an E! show line-up that doesn’t include new episodes of KUWTK. However, with all the multiple business ventures the Kardashian-Jenners pursue, fans can rest assured that they will still see their Kardashian favorites on a regular basis. Watch new episodes of Keeping Up With the Kardashians Thursday nights on E! Stay tuned to TV Shows Ace for more Kardashian and other reality television news.