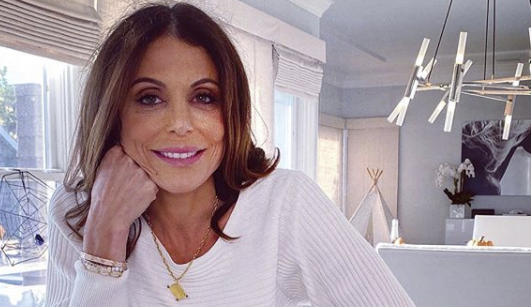 Tyra Banks is an executive producer over at Dancing With The Stars. Since coming into power, she’s decided to make a few creative changes to the show. Recently, she said that in the future she would prefer only candidates that are making headlines. And according to sources, that means no more Housewives. Former RHONY star Bethenny Frankel definitely had something to say on the matter.

“Good to know @tyrabanks has clumped me in her no more housewives mandate on @DancingABC Also good to know- their casting director Deena, who I ❤ has asked me to be on that show multiple x in the last decade. I’m also no longer a housewife, but nobody is bigger than the game Tyra,” she said in a now-deleted tweet. She later said she took down the tweet out of respect for DWTS staff member, Deena Katz.

“Not sure why Tyra thinks DWTS is only booking A list celebs…..a Real Housewife is no worse than Carole Baskin or Sean Spicer lmao,” said one Instagram user. Banks defended casting Carole Baskin because she was trendy this year and knew fans would tune in to watch her.

“Tyra has never been a fan of the Housewives, but the real reason she doesn’t want them on her show is that Bethenny Frankel, NeNe Leakes, and Teresa Giudice do not make headlines anymore,” an inside source told OK! “Tyra wants reality stars like Carole Baskin from Tiger King — not a decade-old franchise that no one talks about anymore. If Tyra thought for one minute that the Housewives would get her show ratings, she would welcome them to the dance floor in a second.”

Tyra’s New Position Does Give Her Authority

Several of Bethenny Frankel’s fans wondered how Tyra Banks got the authority to make that choice. It seems especially odd since several Housewives have appeared on the show before. But keep in mind that Tyra only got an executive producer job this year. She has many other duties besides hosting the show. So from here on out, she absolutely has power.

“Tyra is the new boss and made it clear that she didn’t want any more Housewives in her ballroom. She thinks the show needs to aim higher and only book the ladies after everyone else has passed. Several ladies from the Bravo franchise have already made it clear that they would love to put on their dancing shoes, but Tyra doesn’t want any of them right now,” the inside source continued.

But after the insult, Bethenny Frankel and the other Housewives may not want to be part of the show now.

What do you think? Is Tyra Banks wrong? Or do you think the show should focus on getting headline-making celebrities to join the cast? Let us know your opinions in the comments. We’re always eager to hear from you.