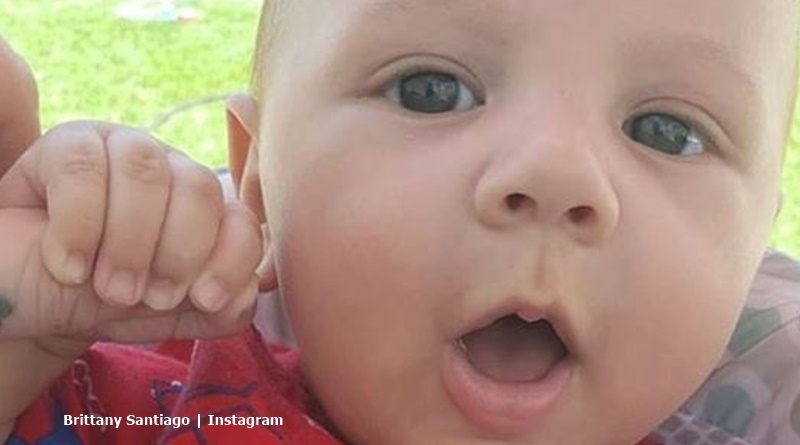 Love After Lockup couple, Brittany Santago and Marcelino welcomed their second child in 2020. But, she only shared the photos of him in September. And, a lot of outlets can’t seem to establish the actual date of birth. That’s common with reality TV, as fans can’t see the child until the show covers it. Now, Brittany shared updated pictures of her cute son aged three=months=old.

We reported that when Brittany revealed the pics of her son Rebel, fans adored the little boy.  She captioned the pics with “Welcome baby Marciano Rebel Santiago to the world 🌎 💙. ‘Our little baby Rebel.”‘ And, fans loved the name they chose for their son. In fact, fans love that things seem very good for Marcelino and Brittany. She also wrote a book that got some really good reviews.

Monsters and Critics noted that “after everything Brittany has gone through, and sharing her journey on Love After Lockup and Life After Lockup, seeing what she built after prison has been inspiring.” So, it’s no wonder that the WEtv couple gains a lot of admiring fans. Since the first baby pics, Brittany shared a few more photos of her adorable son. One photo that she shared in early September made fans gush. One said, “Omg. This is Definitely a Baby who needs to be in Commercials.”

Latest photo revealed Rebel at the age of three months

The exact date of birth’s unknown, but it doesn’t really matter to Brittany’s fans. On Sunday. On October 18, Brittan posted up seven adorable pictures of her son. She captioned them with “My baby at three months! Soooo cute 😍.” His pictures revealed a big “3 months” sticker. Cleverly, they captured the footage by lying Rebel down on a mirrored surface. Naturally, lots of Love After Lockup fans responded to the cutie pie:

One Love After Lockup fan wrote, “He is a doll baby 😇. Such a sweet age, they are learning that they can make sounds and laugh out loud ( little giggles ) 😂 he is such a beautiful combination of you both 😇❤️” And, another one kindly offered a donation of baby clothes and things for the nursery.

One of the most telling comments said that all of Brittany’s babies seem “adorable.” They added, “and I’m proud of you for getting your life together, for them & yourself. ❤️” Actually, Marcelino and Brittany seem like a true example that people can change their lives around after prison.