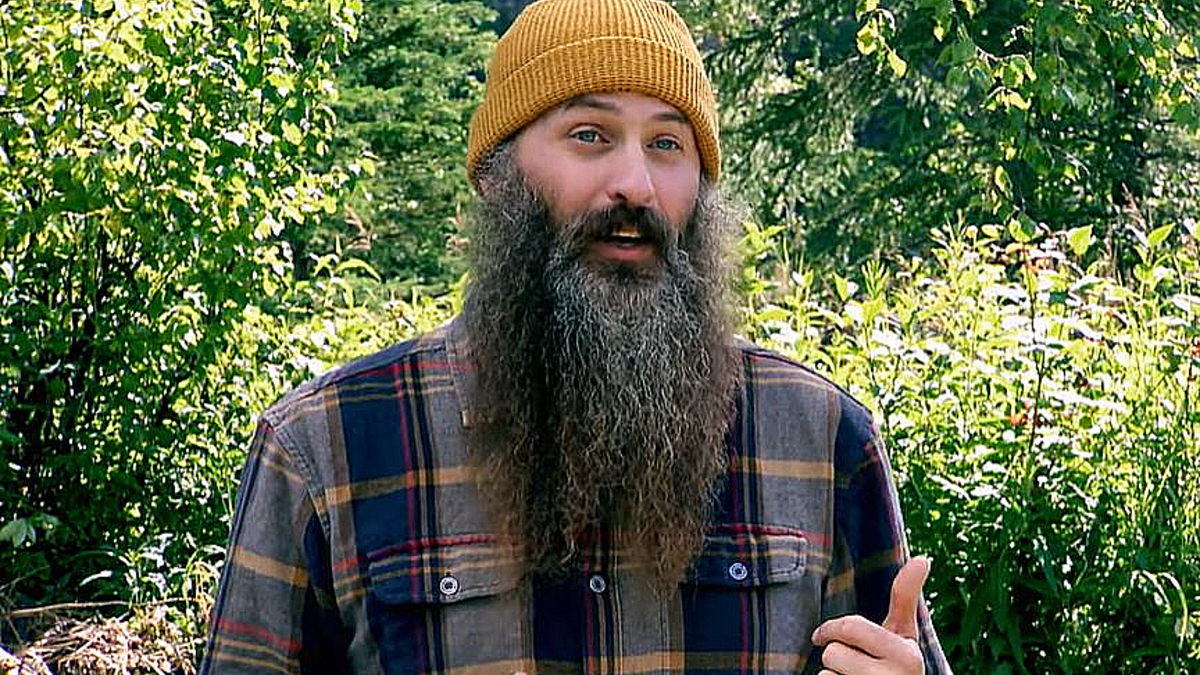 On the coming Homestead Rescue: Raney Ranch for Discovery, we get a down to the wire with the Raneys who are all working hard to finish key elements to their forever cabin that will house the whole family.

Apparently gold mining is a tradition that Matt Raney learned from Marty, his dad.

We see Matt is an eager amateur gold miner who will show his young son how to find gold in the rocks from the riverbed that has had eons of time and the force of the water to let gravity allow the heavier metal settle at the bottom.

The hobby has gotten to the point Matt has built proper equipment to make this a worthwhile endeavor that is also loads of fun, especially when you hit Alaskan paydirt.

Nothing is more alluring than the romantic notion of putting a pan into a gentle stream and sifting through gravel to spot a gold nugget. At least in our minds we think it is that easy but there’s a bit more work involved.

TV Shows Ace exclusive clip sees Matt Raney and his wife and child geeked up about getting their mini dredge and sluice machine up and running.

The clip opens with us at a small creek just off the river where Matt and his wife Katie have a special family activity planned for their son Indy. A true Alaskan treasure hunt is underway in their backyard.

Matt takes Indy to see what he is doing, as he explains in his voiceover that the area, Hatcher Pass, was basically founded because of an earlier gold rush.
A lot of gold in fact, and the logistics of the stream and the proximity to the gold-rich mountains makes Matt confident he will have a lucrative pastime along with the usual homestead stuff they have to do daily.

He says: “My feelings are some of that [gold] they might have missed and it ended up here in this river and on our property, and I want to find it. It’s so easy to
recreational gold mine.”

Noting the required equipment, he adds: “We actually we have all of the stuff  already. I got it last year when I gold-panned just a few miles down the river. I built a high banker sluice… it was all made out of wood and salvaged materials and that was a really cool project and that’s why they call me Dr. Sluice.”

Matt then shows us how its done as he rocks the sluice box and shares there are limitations. He says: “Gold mining has a lot of regulations and as far as this river goes, I can only dredge up to July 15th and the reason why is because [that] this is a salmon river…king salmon are going to be up here and spawning right around that time so if we don’t do it now it’s gonna be awhile.

Matt knows that there’s gold in this nearby river, and that gold trickled into that river and flowed across this property for thousands of years.

Showing Indy how to hold the pan, he adds: “Now I just need to pinpoint where we might find where all that gold is deposited.”

The Raney family have long helped novice homesteaders all around the country save their homesteads from failure. Now their dreams of living off the grid are chronicled as patriarch Marty Raney will accomplish the biggest rescue of all – his very own 40-acre homestead.

In an all new series, Homestead Rescue: Raney Ranch, sees the family take on the build of a multi-generational homestead.

After traveling around the country much of the year, Marty has set in motion the building of their dream log cabin on a previously inaccessible part of the land where it will be perched 300-feet up on a cliff.

The spot offers new resources and will become the hub to a multi-generational compound replete with a green house, garden, workshop, and cabins for his kin.

In the season premiere, the drama began with the logistics of this construction as vital gear and materials had to be moved across a raging river to his property to begin.  He decides to attempt the risky crossing in his work truck which was a dangerous move.

With only 6 weeks to complete the project before getting back on the road to rescue others, Marty must put decades of homesteading expertise to the test, as the Raneys must fight the clock, the elements, and the ‘cliffs of insanity’ to complete the new and improved Raney Ranch. Will this be the ultimate master class in homesteading, or has Marty finally met his match?

Also on this coming episode, the clock is ticking as there are two weeks left to finish, and Marty will complete the walls of the log cabin.

Misty is working on the garden and builds a goat shelter, while Matt—as we mentioned above—passes along a really cool tradition and apparently there really is gold on the homestead:

Viewers can stream each episode by downloading the Discovery GO app. Viewers can join the conversation on social media by using the hashtag #HomesteadRescue and follow Discovery on Facebook, Instagram, and Twitter for the latest updates.