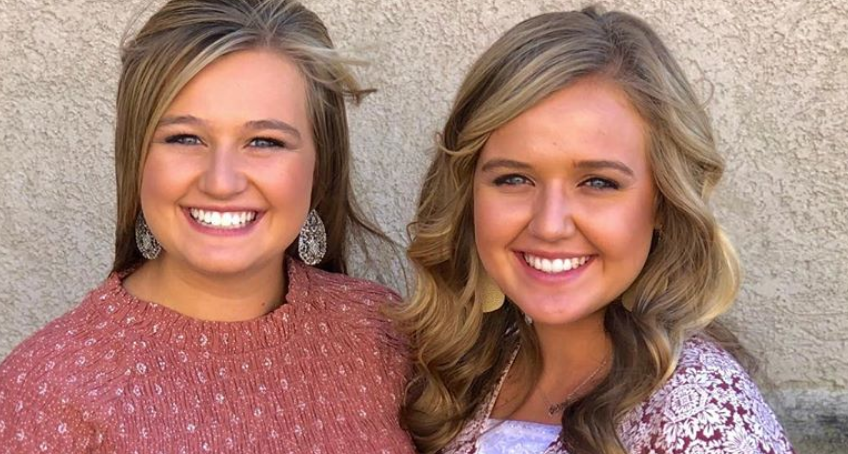 As TV Shows Ace reports, Lauren Caldwell is now engaged to Titus Hall! Lauren is Kendra Duggar’s younger sister. The Caldwell family shared Lauren’s big news on social media. Of course, fans are excited for the young couple and are looking forward to seeing the relationship grow. This engagement is a shock, as fans assumed she was courting a Duggar guy. Plus, Lauren and Titus’ courtship never went public. The engagement came out of nowhere.

It’s worth noting that Lauren is only 20 years old though. While the Duggar women and others in their fundamentalist circle tie the knot this young, it is not typical by society’s standards. Plus, Lauren’s courtship was private, so the whole relationship may have been moving quickly. Nonetheless, Lauren and her fiance Titus Hall seem happy.

Is Lauren Caldwell trying to keep up with big sister Kendra Duggar?

Since Lauren is getting married so young, it’s possible she’s trying to catch up to her older sister. As many fans of both families know, having a large family is important. So, in order to have a large family, women must start having kids early. Kendra is just 22 years old and is pregnant with her third child. Since Lauren is a couple of years younger than Kendra, she may be trying to get started on having her own little family.

Of course, it’s possible that Lauren and Titus simply wanted to keep their courtship private. The Caldwells have gained some fame since Kendra married into the Duggar family. Being in the public eye leads to plenty of criticism. Now, fans are already awaiting a pregnancy announcement from Lauren and Titus, which could happen shortly after they tie the knot. That is if they decide to stick to both of their families’ fundamentalist beliefs, which seems very likely.

We couldn’t be happier for Titus and Lauren! #Engaged #surpriseproposal #beachproposal

Even if Lauren isn’t actively trying to catch up with her sister, she may be feeling the pressure. Her mother is now expecting her ninth child. Ultimately, there’s no way to know for sure.

So, do you think Lauren is trying to catch up with her older sister Kendra Duggar? Share your thoughts in the comments below.