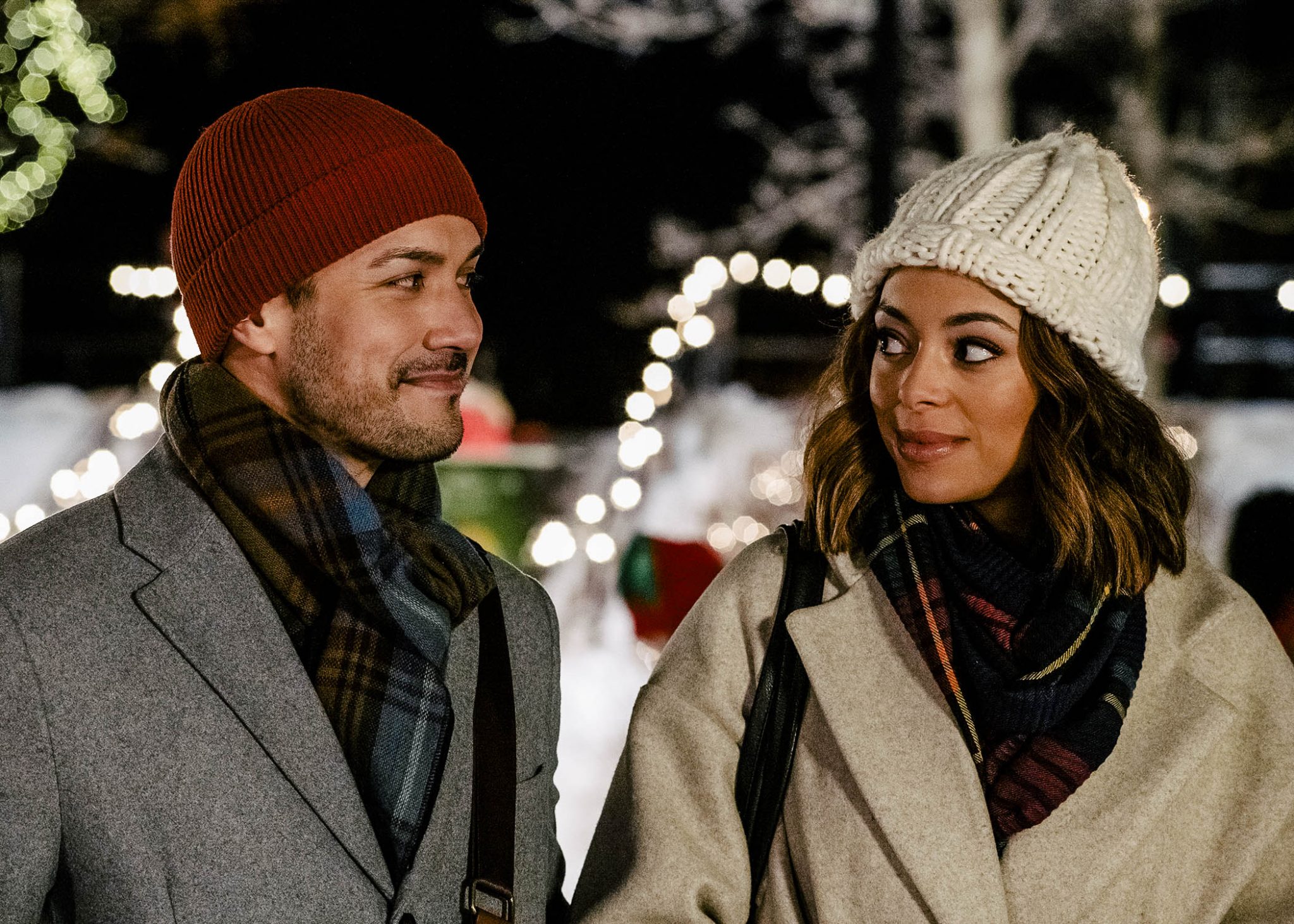 This is a story about altruism and trust. Will love win out over career?

What Is Lifetime’s Christmas Unwrapped About?

Charity (West) is a newspaper reporter. She is considered a bit cynical about do-gooders and looks for the dirt on people. So, when her boss Janet (Cheryl Ladd) assigns her to write a piece about altruistic bachelor Erik Gallagher (Grazzini), West sees this as an opportunity to make her mark at the paper.

Charity is wowed by Erik’s charitable organization. The good looking guy helps out needy people, particularly children, during the Christmas holidays. But, where is he getting the millions of dollars to finance such a generous endeavor? Janet expects Charity to uncover the secret source of the funding.

Unfortunately, Charity won’t be getting anything out of Erik. His claims that Santa Claus is behind the generosity. Along with Erik’s positive attitude, and belief that dreams can happen, it all adds to the Santa magic.

But, that is not her assignment. So, Charity starts to dig. She has some pretty good skills and she is the first to figure out where the money is coming from. But, does she reveal this bombshell information? However, Charity is starting to hesitate. In addition, she is losing that cynicism and is starting to believe what Erik believes. She also starts to believe in him, looking at this gorgeous bachelor with love and light.

What does Charity choose to do? This is one of those moments that will forever define her.

The executive producer of Christmas Unwrapped is Tiffany Haddish.

Amber Stevens West told ET that making a movie like Christmas Unwrapped was something she always wanted to do. Subsequently, she explained that “Making a Christmas movie has been on my bucket list from the very start of my acting career, and when Christmas Unwrapped came along I was beyond excited to jump at the opportunity.”

What drew her to this project? West explained, because it “is that it’s more than just a love story, it’s really about the magic of the holiday season.”

Moreover, Christmas Unwrapped really shows that being the one to give is most fulfilling thing in the world. Helping others makes us always feel better. Watching this Lifetime movie will make you feel good during the holidays.

When Can You Watch Lifetime’s Christmas Unwrapped?

Christmas Unwrapped premieres on Saturday, October 24 at 8 p.m. Eastern on Lifetime. Be sure to check listings for encore showings.

Lifetime will air 30 Christmas and holiday movies in 2020. They kick off It’s A Wonderful Lifetime on Friday, October 23 at 8 p.m. Eastern with Christmas On Ice.

‘Superman & Lois’ Gives The CW a Timeslot High
’90 Day: The Single Life’ Series Premiere Recap- February 21
Could Michelle Young Be The Next Bachelorette?
Kody Brown Feels Like A Failure As A Plural Husband
What Does Reality Steve Think ABC Should Do About Chris Harrison?