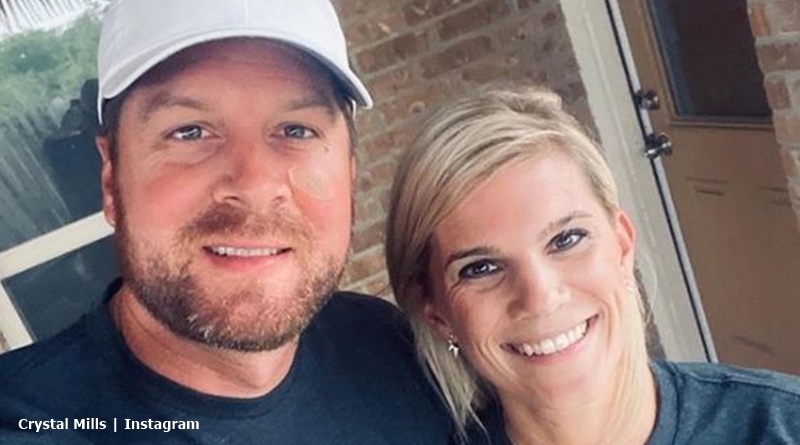 OutDaughtered fans adore Uncle Dale Mills on the TLC show. Just like with the quints, he makes the audience laugh a lot. But, perhaps Uncle Dale sometimes blots his copybook with Aunt Kiki. Mind you, she obviously knows his humor after 18 years together. So, maybe she also laughs at his comments about her facial hair.

We wondered if Uncle Dale might be in trouble after his joke about the quint’s aunts, Lili and Kiki. In March this year, he talked about toilet habits after Danielle Busby shared about her twins, Ava and Olivia. Danielle wondered if her kids would forgive her for posting up about the toilet. The post that Danielle shared read, “[these two]… so much alike…even to the point when one poops the other poops 💩🤪.” Then, she used the hashtag, “#itstrue.”

Well, back then, the OutDaughtered quints’ uncle quipped “Kiki and Lili are the same way.” And, he used the hashtags, “#twinturds, #sharethesametoiletpaper,” and  “#notcoronavirusfriendly.” If you don’t know, just like Ava and Olivia, Kiki and Lili are also twins. Fans thought the comment very funny. And, now, he brought similar humor to a new post by his wife, Aunt Kiki.

On October 14, Aunt Kiki took to her Instagram. There, she shared two photos which both showed her and Dale together. The photos revealed them 18-and-a-half years ago, and in 2002.  Next, her caption read, “Jumping on this trend. 2020 …🥰😘#dropyourbeginningofrelationshiptonowchallenge #eighteeninahalfyears.” Actually, the pictures reveal them both standing in the same position. So, fans easily compared how they aged over the years.

Naturally, OutDaughtered fans commented on the photos. One of them said, “Wow you guys look the same 🔥🔥🔥🔥🔥🔥🔥🔥🔥🔥 congrats on all the years!!!❤️❤️❤️.” Someone also noted that all those years ago, Aunt Kiki looked a lot like Danielle Busby. Then, one TLC fan wrote, “Adorable couple! You look the same. Great pics!”  Joking, another follower wrote, “18 years 👀! Congrats guys! These days people are struggling to stick together for 18 days 😂.”

In the early photo, Dale Mills looked clean-shaven. Whereas, in the 2020 picture, he sports a bit of a beard. And, one keen-eyed fan commented, “Looks the same…except facial hair .” That’s when Uncle Dale came out with his teasing humor. This time, he wrote, “my facial hair or Kikis facial hair?” And, as usual with him, the punchline came in the hashtag. He added, “#shegotastachecomingin.”

If OutDaughtered fans enjoy a giggle, Uncle Dale’s hashtags sometimes bring the funniest slant to his posts and comments on Instagram. So, checking them is always a good idea when it comes to the OutDaughtered kids’ uncle.

What do you think about Uncle Dale teasing that Aunt Kiki’s growing a mustache? Will he be in trouble? Sound off in the comments below.