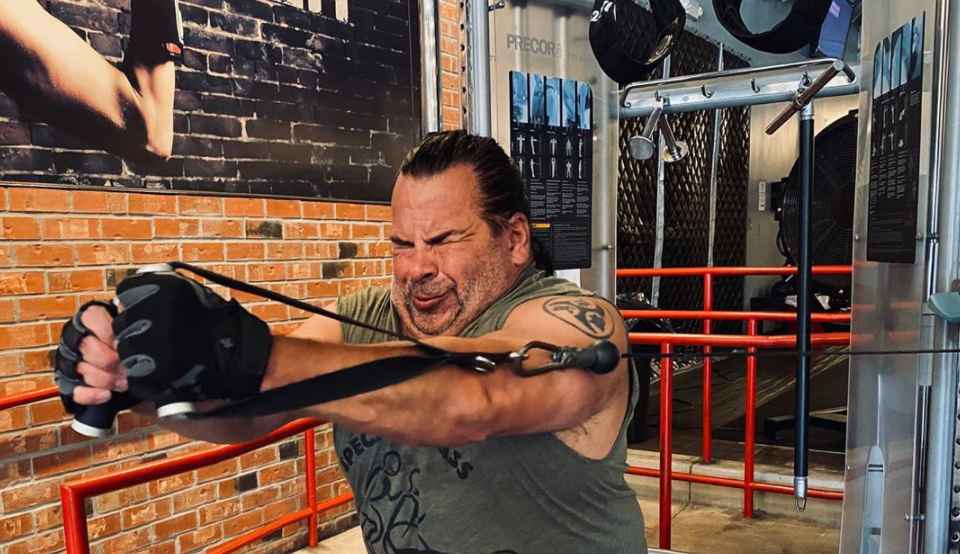 90 Day Fiance: Before the 90 Days fans were truly stunned by Rose Vega’s new look, revealed on her Instagram. In the images, the TLC reality star looks truly beautiful and could be a top model. The photos appear to have had an effect on her former American boyfriend, Big Ed Brown. Shortly after they appeared, Ed started posting images of his own. They show him working out at the gym to get a revenge body.

Soon after Rose Vega posted stunning images showing her new and beautiful look, Big Ed made a post of his own. On Tuesday, he made an IG post to say how tired and sore he is. In the brief video clip, he starts by using a fake English accent. He says, “I love the way she walks and I love the way she talks.” Ed then says, “I love everything aboot [sic] her.” He weirdly then tells everyone to grab their pants because it is a raid. It is unclear whether the “she” he refers to is Rose, but it does seem likely.

Big Ed’s latest Instagram post shows him working out at the gym, seemingly to get a revenge body. Ed only captions the image with a tag to @specialcompass which is an adaptive fitness center. The strain on his face as he works out clearly say “no pain, no gain!”

About Big Ed and Rose

Fans will remember meeting Big Ed on 90 Day Fiance: Before the 90 Days where he traveled to the Philippines to be with his online girlfriend Rose Vega. While she initially tried to make their relationship work, it wasn’t to be. Rose eventually dumped him after he admitted he didn’t want more children.

Since that time, both TLC reality stars have been on a journey of self-transformation. They are both working hard to establish their brands online. At the moment, Ed is trying to sell Big Ed masks for Halloween – an eerie thought indeed. Meanwhile, Rose has gained more than half a million followers on Instagram and 584K subscribers on her YouTube channel. On the channel, Vega posts colorful travel vlogs, which her fans obviously like.

However, her latest efforts are towards a total transformation. She has been trying out different looks, including coloring her hair, trying out new makeup and wearing stunning outfits. A day before Big Ed’s workout image, Rose stunned her fans with a series of posts. Each showed her spectacular new look with a new hairstyle and expert makeup, enhancing her golden skin.

"She overcame everything that was meant to destroy her." ❤ Special credits to the following for making this happen 😍 Photographer: @belgbelgica Makeup by: @nikkibetosmakeup Hair by: @gelocibrianhair Style by: @kimsison_ #Rose🌹

As Ed hit Instagram so soon after Rose’s posts, it seems the images made him jealous. Now Big Ed appears to be trying for a body transformation all of his own. However, in the image, followers can only see his upper body, so it is unclear just how successful working out has been.

Many of Ed’s haters attacked his post, but fans are mostly happy to see him working out. One wrote, “Wish I could have the same drive and motivation as you man. Keep up the great work.”

90 Day Fiance fans should be magnanimous in wishing both Big Ed and Rose all the best in their future lives.