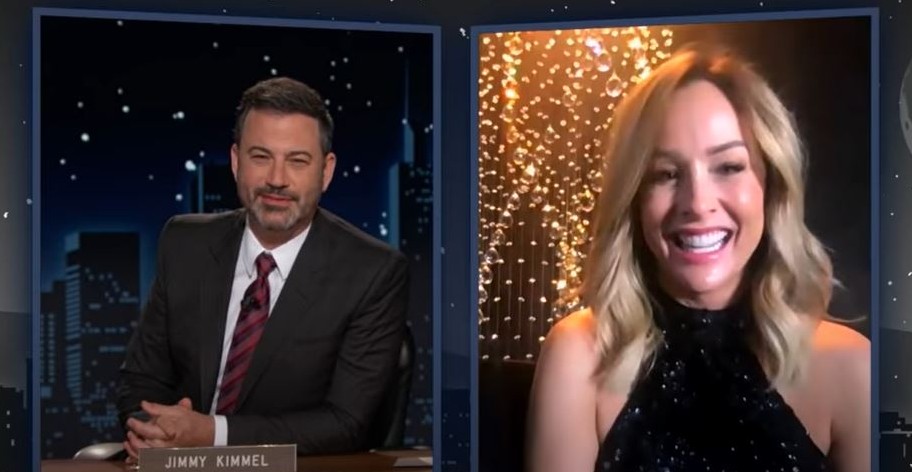 The Bachelorette premiered Tuesday night on ABC. Clare Crawley finally passed all the obstacles in order to resume her role and get the party started. She met the 31 guys who would be trying to sweep her off her feet. Of course, rumors flew long ago and fans witnessed the instant connection between Clare and Dale Moss. And, following the premiere, Clare was a guest on Kimmel’s show. He grilled her about many things. However, her answers did not line up with many things that have been said about her dramatic season.

Clare is grilled by Jimmy about Tayshia Adams

Entertainment Tonight shared the scoop on what went down when Clare was Jimmy’s guest. Molly McNearney, Jimmy Kimmel’s wife, came on the show to give him the rundown on Clare’s season. However, the things Clare revealed to Jimmy were not exactly the same. In fact, her account of what went down is quite different.

There are many differences in the rumors and what Clare is saying. For example, she said she’s a fan of Tayshia Adams. And, she would love to see her as The Bachelorette. She told Jimmy she had never met Tayshia. He said, “Oh, that’s interesting.” He totally believed she was lying. Clare said, “Jimmy… I am the one sitting here. I am the Bachelorette. What are we talking about here?”

And, clearly fans are seeing numerous hints from ABC that there will be a changeup. One promo even showed another limo showing up with someone about to step out. This big changeup will likely happen in the next few weeks.

She talks about Dale

Jimmy also grilled Clare on Dale and their relationship. He asked her if she ends up with him. She definitely did not confirm anything. Jimmy said, “We all know what the rumor is. The rumor is that you hit it off with Dale so famously that you said, ‘That’s it, I’m not going through this charade, I’m not going through this whole process. I found the guy, that’s why I came, and adios, goodbye. Everybody, I’m leaving. True or false?”

Clare said, “I can confirm that’s false.” And, while she admits to looking up some of the guys on social media, she had no contact. That is other than Blake Moynes who reached out to her. She did also say some of the things she found on social media were red flags for some of the men.

For the most part, Jimmy did not believe her stories. He told her when the truth comes out he will review this interview. Jimmy said, “When we do find out what did or did not happen, I’m going to review this tape, and we are going to analyze your responses and see if you were, indeed, being truthful or if you were not.”