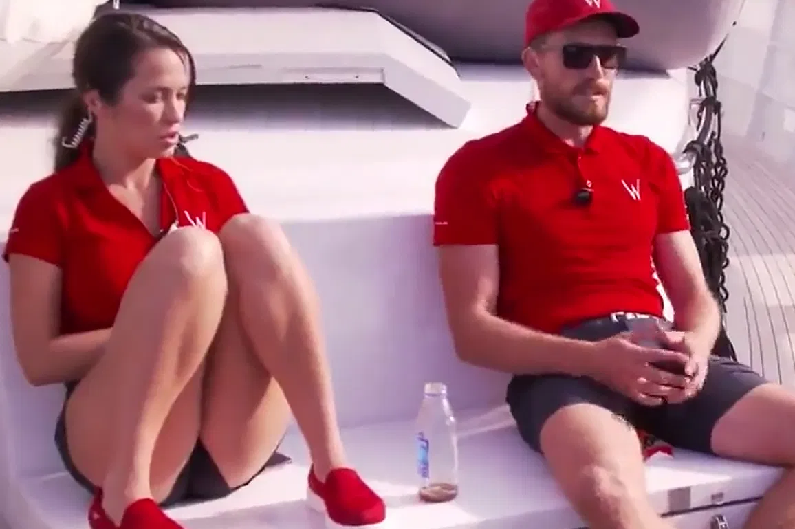 Below Deck Med couple Jessica More and Robert Westergaard had a whirlwind romance. The couple couldn’t see eye-to-eye on anything. The biggest shock that came out of Monday night’s season finale is Jess and Rob made it to Bali together. Even second stew Aesha Scott exclaimed her shock in her confessional.

At first, it didn’t seem like they were going to make it to Bali. The deckhand and the stew fought almost every crew night. The only time they got along was when they finally consummated their relationship in the guest cabin. So, what happened after that faithful trip? Is the couple still together?

Here’s what happened during their Bali trip

The Below Deck Med couple revealed the status of their relationship. Jessica More and Robert Westergaard finally made it to Bali after a tumultuous time on the Wellington. Their relationship was filled with more lows than highs. On the last night, Rob surprised Jess with the news that he would join her in Bali after the charter season.

Rob and Jess made it through the bitter end. The couple left the boat together as everyone said their goodbyes. During the season finale, viewers saw them kiss on the dock before their update appeared on the screen. “Instead of doing the crossing… Rob went to Bali with Jess.”

Viewers also saw a photo of Jess and Rob kissing during their trip to Bali. It was the perfect shot for Instagram. The picture features Jess in her bikini and Rob in his trunks. It also showed a beach and sunset in the background that made the photo even more romantic.

Unfortunately, that romance didn’t carry over from the trip. Jess made a virtual appearance on the Below Deck Mediterranean Season 5 After Show. She gave an update on their relationship. To no one’s surprise, they’re no longer together.

During his interview on the After Show, Rob revealed that he witnessed a “different side of Jess” that he didn’t get to see on the yacht. He exclaimed that they both felt relaxed and comfortable with each other. But once reality hit is when their relationship took a turn. Rob claims that it “just didn’t work out.”

Below Deck Med stew reveals what led to their split

But it didn’t just work out. Their relationship ended because Rob ghosted Jess. She made that revelation on Monday night’s episode of Watch What Happens Live With Andy Cohen. However, on the After Show, she revealed what happened after the Bali trip.

“I think in total, Rob and I were together for about six months in a serious relationship and basically together every day,” the Below Deck Med star said. “It was definitely a roller coaster with him. I’ve never felt that sort of affection and attention and love – and then the polar opposite.

She admitted that they didn’t end things “on the best note” and they’re “not in the best place.” She also gets emotional when looking back at their relationship on the show. As for Rob, he claims he still loves Jess today. He explained that they “both destroyed the relationship.”

Rob and Jess will reunite, along with the rest of the Wellington crew, on the two-part Below Deck Med Season 5 reunion on Monday, October 19 at 9 p.m. ET on Bravo.