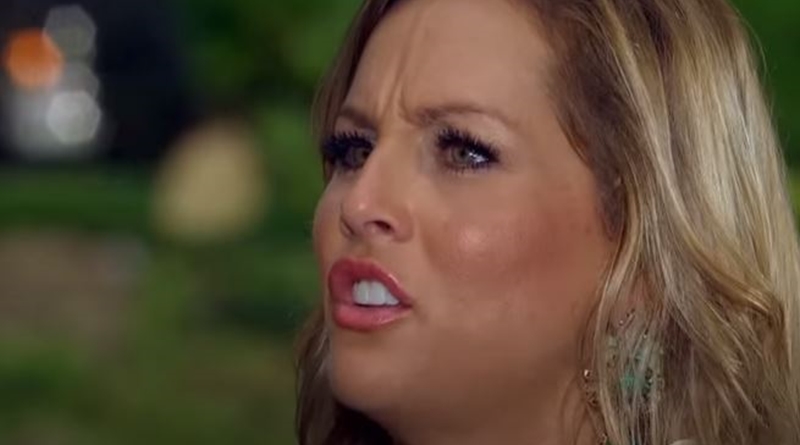 Bachelorette lead, Clare Crawley blew up the season when she fell in love with Dale Moss. She sent the production team into a total spin and refused to film any more. Fans know that ABC brought in Tayshia Adams. But when she met Dale, she just clicked. And, she feels no remorse about blowing the whole thing apart.

Bachelorette – Clare says she feels good about blowing up the season

We reported that “fans are swooning over the latest sneak peek released yesterday by ABC.” And despite all the drama with Clare, fans look forward to the very dramatic season. So, possibly she did the franchise a lot of good. But, it sounds like even if she hurt the season, she really didn’t care. After years of looking for the right man, she found the one for her. So, she feels no regrets and no remorse.

In an interview with Access Hollywood’s Kit Hoover on YouTube, she said that she knows “exactly” what she wants. And, she claimed she did things her way because she knew exactly what to “settle for.”  Asked by Kit how it feels knowing she “blew up the season,” Clare replied saying, “I guess it feels good.” In the two-minute interview, Kit asked her on a scale of 1 to 10, to “describe her season.” The Bachelorette gave her season 10 on a scale of 1 to 10. And, said that she felt the season’s “unforgettable.”

Clare told Kit that they brought something different this season. And, she felt that she feels good about that. Doing things her way, with no compromise ended up with her in a very “good place.” Of course, with so many rumors in the wind, Clare stayed a bit tight-lipped. After all, people suspect she met Dale before the show. And, rumors still run rife that she fell pregnant. Careful on spoilers, she simply won’t say much at this stage. And, that seems wise.

Apparently, fans question how the production team failed when it came to enforcing her contract. But potentially, they also thought the unexpected twist a boon. And it certainly looks that way. Fans became very invested in the show. Always invested, the Bachelorette fans went wild about it. Of course, other spoilers suggest that Tayshia also comes with some twists and maybe some disappointments.

According to Cosmopolitan, other members of Bachelor Nation also feel “proud” that’ Clare followed her heart. Hannah Godwin, in particular, likes the way she stood up against a disapproving production team. She said that she can’t wait to watch the show. The Bachelor in Paradise alum seemed very approving. After all, the whole point of the show revolves around falling in love.

What do you think about Bachelorette lead Clare Crawley feeling good about blowing up the show? Are you excited for the season? Sound off in the comments below.