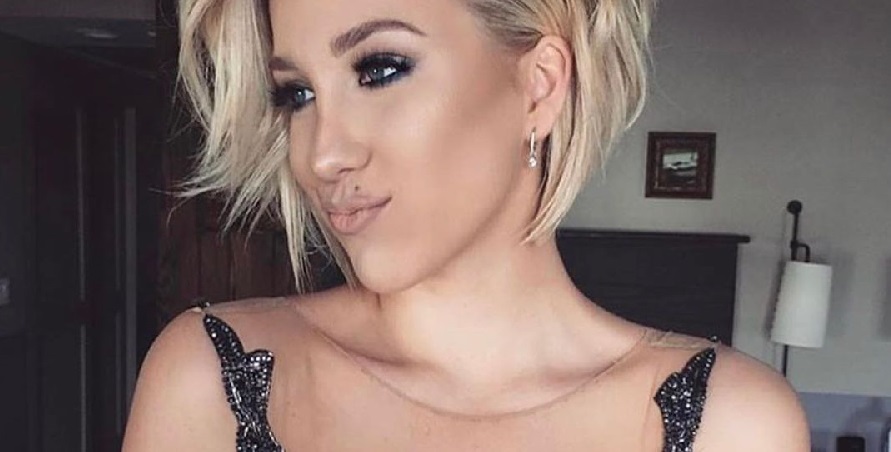 Savannah Chrisley posted a sultry black and white nude snapshot on her Instagram a few days ago. And — to the naked eye — her picture looked, well… Naked.

It was three days ago that Savannah Chrisley shared a sizzling colorless nude snap on Instagram. The photo featured what appeared to be a nude Savannah posing for the camera. Now, this was still a very classy photo as the Chrisley Knows Best star wasn’t flashing her bare bosom for the camera. But, it was evident she was topless when this photo was snapped.

The nude photo featured Savannah Chrisley from the bust up. But, she had one arm folded over her chest with her arm resting on her collar bone. She had a serious and seductive expression on her face as she looked directly into the camera.

While she didn’t show her bare chest to the camera, she was showing off some serious skin. And, her followers really had mixed feelings about the nude snapshot. Some felt the photo was a little too risqué for someone of her faith.

Her followers had mixed feelings about the nude snapshot.

There is no denying Chrisley Knows Best fans think Savannah Chrisley is beautiful. But, that doesn’t mean they want to see her posting nude photos on social media. Some even argued Savannah was going down the “wrong path” by posting this type of photo on social media. Was this her way of acting out after ending a serious relationship? Some fans were truly concerned. 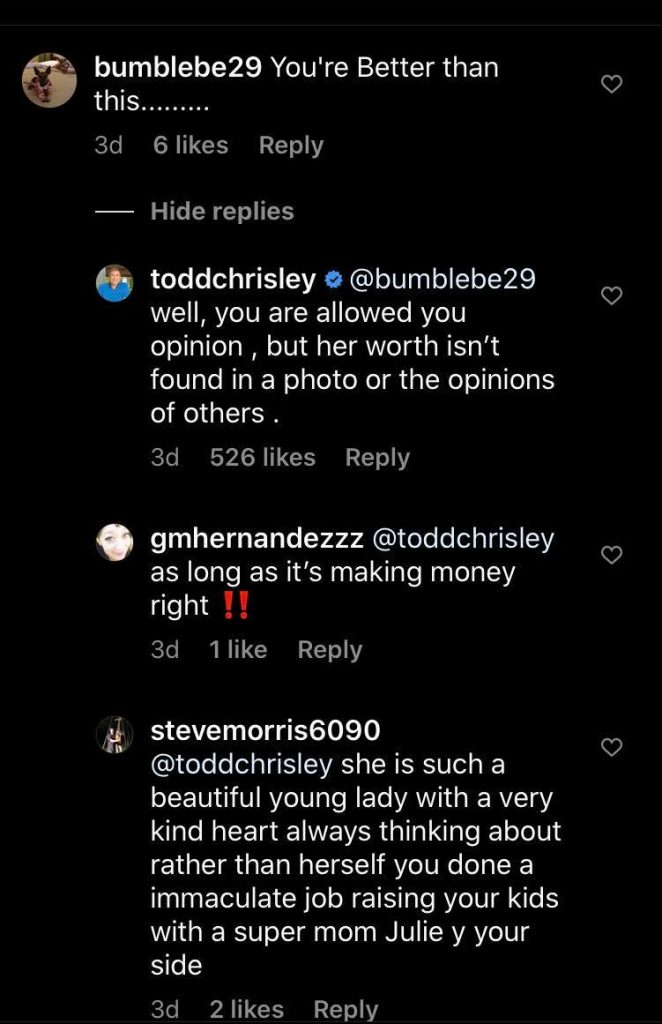 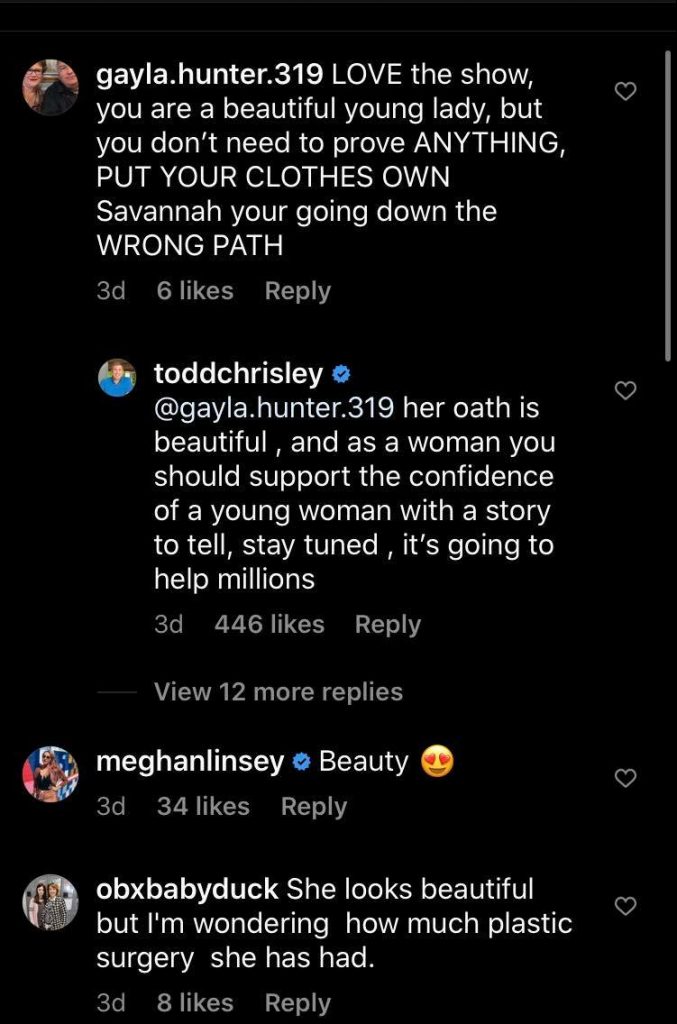 Many individuals noted that Savannah was “better than this.” And, she didn’t need to post nude pictures to get love and support from her fans.

Todd Chrisley rushed to her defense.

It appeared as if Todd Chrisley camped out in the comments of Savannah’s nude photo. He was quick to fire back at anyone who had anything negative to say about the photo. Todd admitted that even the negative individuals were allowed to have opinions. But, their opinion held no water in the value of his daughter.

Notably, some individuals thought it was a little strange that Todd was camped out in the comments of this particular photo. After all, he has already been accused of having a creepy relationship with his daughter. Didn’t defending his daughter’s nude photo just strengthen that rumor?

In response to one troll, Todd noted there was no way for them to know whether or not Savannah Chrisley was nude in the photo. The photoshoot had only women involved, according to Todd. Savannah was safe. He also argued Savannah covered up the entire time.

So, do you have an issue with Savannah Chrisley posting nude photos? Do you think Todd defending them is strange? Sound off in the comments with your thoughts.