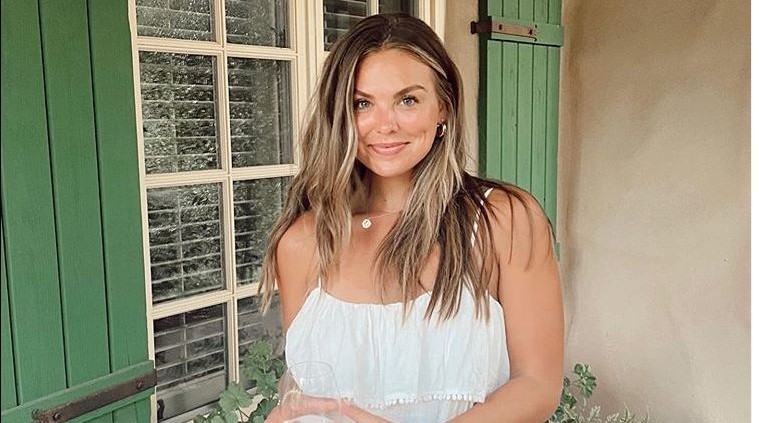 Former Bachelorette Hannah Brown is opening up about a condition that almost kept her from joining The Bachelor franchise. She openly admits she has had a problem with acne in the past. And, it almost kept her from going on Colton Underwood’s season of the show. If she wouldn’t have made the leap of faith, her life would be very different now.

Screen Rant shared all about Hannah nearly missing out on her incredible opportunity. The Alabama native went to YouTube this past week to share all about her struggles with acne. The world was introduced to Hannah during Season 23 of The Bachelor.  She became a fan favorite quickly. But, it almost never happened.

During a recent YouTube video, Hannah said her acne did not become a huge issue for her until she was in her twenties. But, at that point it was bad enough it almost kept her from this huge opportunity. Hannah said, “It was a whole dramatic thing. If y’all want to know more about it, I’ll talk about it. It’s definitely a part of my story.”

She went on to say she addressed the issue with Bachelor production crew members. Hannah said, “I was like, ‘I just want to let you guys know that I have acne. And I don’t know if you want me on the show because I’m kind of going through this Accutane thing and I don’t know what’s going to happen to my skin.’” She became even more upset after discovering the other ladies had almost flawless skin. The acne definitely made Hannah feel very insecure.

From my LIVE birthday show, to launching my YouTube channel, and celebrating with friends all weekend- my 26th birthday was truly unforgettable. ❤️ Thank you again for all the kind messages. You guys are the freaking best! And shoutout to @itscoastal for the amazing time on the boat. 🌊    PS. I have a new #YouTube video live on my channel! 🎥 Sharing 10 things you might not know about me… and trust me, it gets weird. lol Hit the link in my bio!  📷: @annnsvan

And, she went on to say if she doesn’t groom and wax regularly she has a unibrow. In fact, in school, a boy had made fun of her for it. She went home completely upset and feeling bad. Hannah joked they grow fast if she doesn’t wax every three days.

Fans love that they feel Hannah is open with them. They see her vulnerable sides, as well as, her successful gorgeous side. Many fans have always felt they could relate to her which made her a fast fan favorite. In fact, it was this love from fans that landed her the role of The Bachelorette.

The Bachelor franchise changed her life. She’s met amazing friends and had incredible experiences. Following her time as The Bachelorette, Hannah went on to compete on Dancing With the Stars and she won! Now, following all of that, she started a new YouTube channel and much to fans delight she is working on her friendship with Tyler Cameron.

Stay tuned for more details on Hannah and all your favorite Bachelor stars.