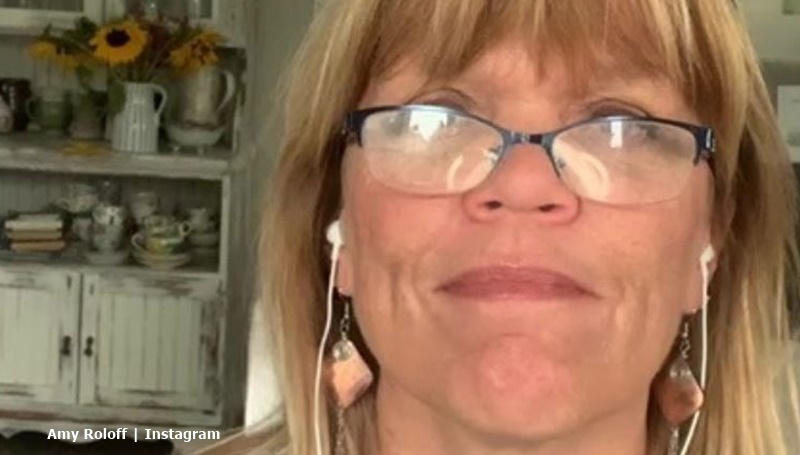 LPBW fans will see in the new season of the TLC show that Amy Roloff moves off the farm. But, that doesn’t mean she disappears from Little People, Big World, or the Roloff Farms altogether. This year, the Pumpkin Season event comes once again, albeit with some differences. But, Amy’s fans who go along can rejoice because she confirmed that she participates again in 2020.

We reported this month, that Matt Roloff discussed this year’s pumpkin season event. Initially, he thought that the coronavirus meant cancelling it altogether. However, everyone put their thinking caps on. And, they make a plan for visitors who wish to attend at the Oregon Farm. Matt told his fans in a follow-up video that reservations opened on the Roloff farms website. This year, they only accept reservations.

The usual playground and other events won’t take place. However, the Little People, Big World patriarch revealed something interesting and very different. The LPBW star said that as many of the family as possible participate and fans meet them.

This year, people who book, experience a trail around the farm and they see places they normally wouldn’t. Plus, fans can stop off and select their pumpkins, or buy a souvenir in their gift shop. Now, Amy confirmed that she’ll also be there, so fortunate fans might get a meet and greet and a photo opp.

Amy talks about wearing a costume

On Monday, Amy shared an attractive photograph of herself standing next to some pumpkin season decorations. She looked really happy in the bright picture offset by yellow sunflowers. She sounded very excited writing, “Fall is here. Woohoo! 🎃 That means Pumpkin season is here too.” Then, she confirmed what Matt said: “Roloff Farms is open for pumpkin season. It’ll still be a fun family time just a different kind of fun because of the challenging times.”

Then, the LPBW star noted that she attends as well: “I’ll be there in costume helping out in the fall pumpkin season festivities. Hope to see some of you there in mask and to say hi 🍁🌻🧡🎃🧡🌻🍁.” Check out all the info and entrance fees on this link here. Naturally, Amy’s fans heard the news that she attends, with a lot of joy. One fan commented, “Aww I’m so pleased your going to be there this year Amy xx💕.”

Fall is here. Woohoo! 🎃 That means Pumpkin season is here too. Roloff Farms is open for pumpkin season. It’ll still be a fun family time just a different kind of fun because of the challenging times we are in. Check out the Roloff Farms website to make reservations and for more info – www.rolofffarms.com. I’ll be there in costume helping out in the fall pumpkin season festivities. Hope to see some of you there in mask and to say hi 🍁🌻🧡🎃🧡🌻🍁 #rolofffarms #pumpkinseason #lovefall #leavesandapples #cideranddonuts #amyroloffssecondact

Fans who already booked their reservation sound very excited. One of them wrote about how they arrive “on Friday!” But, some fans feel rather sad. One of them went last year, but skip it this time around. Other fans who attended, pointed out that all of the Roloff’s seem very “kind” and made their outing “special.”

Are you pleased that Amy Roloff attends the Pumpkin Season event again this year? Sound off your thoughts in the comments below.