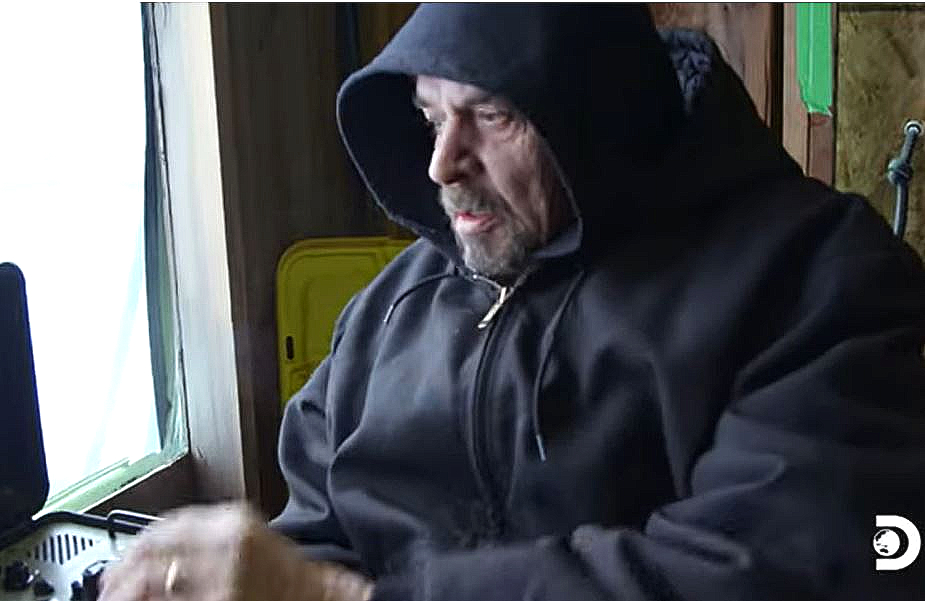 The son of Brad Kelly was trapped in a rock avalanche, and now finds himself underwater as a huge fire breaks out i the pump room that supplies air to him while he dives for gold.

In TV Shows Ace exclusive clip for tonight’s insane episode, the Kellys have no luck of the Irish as our clip opens with Kris Kelly diving underwater and pretty excited about what he sees, and his dad Brad up above monitoring the situation.

Suddenly, fortunes change. A fire is spotted as the cameraman picks up smoke coming out of the shed.

The entire wooden structure is soon engulfed and Brad is visibly frantic to get his son up fast, as Kris Kelly’s air supply will run out as the hoses melt from the fire.

In the clip we see father Brad Kelly, the patriarch of the Kelly family who has been part of the series since Season 2 which began back in 2012. His sons are miner Kris and Andy Kelly. Andy is also a diver. Kris Kelly is the one underwater in tonight’s episode.

The Kellys have had a tumultuous past and their estranged mother Wendy is at the root of a lot of father Brad’s tension.  Son Kris has tried to bring his mother back up to Nome, and both he and Andy have had anger issues with their father over this entire family dysfunctional dynamic.

Here is Andy ahead of the fire disaster, cooking on the ice:

And here is a hilarious tutorial by Kris Kelly who shares that he layers up to 80 pounds of clothes on to stay alive while out there working:

Welcome back to Kris Kelly's secret guide to ice mining. Today's lesson, it's freezing so bundle up! 🥶Watch new episodes of #BeringSeaGold Fridays at 8p on Discovery.

What else happens on Bering Sea Gold?

On tonight’s episode, as an arctic blizzard is blitzing across Nome, Alaska, our preview revealed that Kris Kelly found amazing gold under the ice, but fire in the pump room erupts overhead, sending Brad Kelly into high alert rescue mode status.

Also, “Mr. Gold” Shawn Pomrenke struggles to rescue his flailing operation. And fan favorite and Eroica captain Emily Riedel risks it all on a double dive and Wild Ranger cappy Vernon Adkison leans on a diver making her comeback.

The sea ice has never been thinner during Nome’s unusual winter. This fact has made the gold mining more dangerous than ever. Make sure to tune in tonight to see how