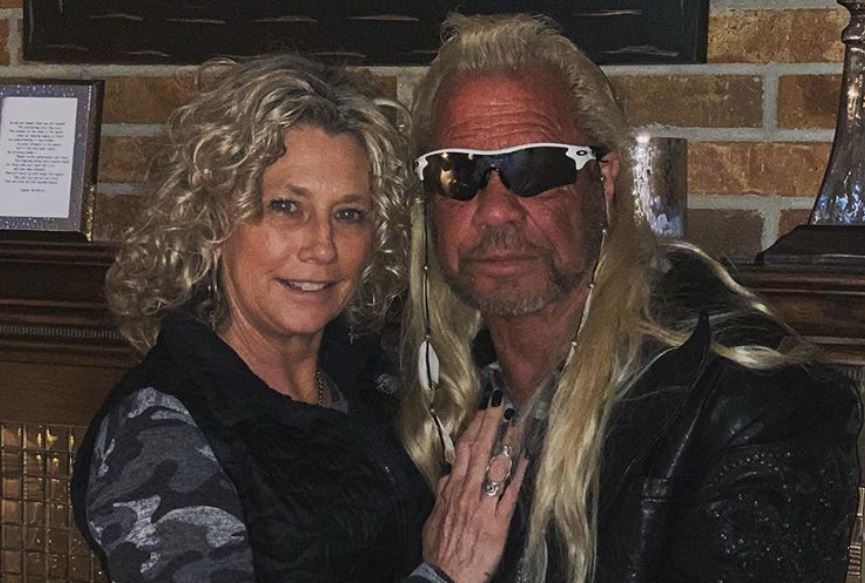 In a DailyMail exclusive, Dog the Bounty Hunter’s new fiance spills all the deets on their upcoming wedding.

Dog the Bounty Hunter and his fiance, Francie, speak openly about marraige

This may come as a surprise to fans that Dog is getting remarried. This is because of his vows to never do such. As showcased throughout their reality TV show Dog the Bounty Hunter, Dog and Beth had the relationship of a lifetime. Thinking about Dog moving on is hard for some. However, there is solace and knowing that he and Francie have a lot in common.

Some assume being widowed brought the couple together. Even Dog admits that’s where the connection started. “I’m a widower and she’s a widow so the connection started there,” Dog tells DailyMail. Fans know that Dog relies heavily on his faith. With this in mind,  it comes as a surprise to hear him talk about Cupid. Dog goes on to say, “I spoke with her because her husband passed six months before my former wife and she had been through stuff, so I was asking for advice and all of sudden cupid shot me.”

Notably, Dog and Francie met before Francie’s husband, Bob’s, death. Dog the Bounty Hunter utilized Bob to complete yard work around his Colorado home. Sadly, he also died of cancer. Ultimately, this is another sad fact that Duane and Francie bond over.

have a great weekend!

How do family and friends feel?

Consequently, the couples receive mixed comments from Dog’s fans. Especially, since Dog proposed to Frankie in May. Shockingly, the proposal happened just ten months after Beth passed away from throat cancer. Dog admits that he and Frankie didn’t expect it and Francie adds, “It was God for sure.” In true Dog fashion, he initially doesn’t answer the question about what made him change his mind about getting married seriously. He brings to light Francie’s faith when he says, “Well, Francie is a Christian and unless you marry you can’t uh…” However, Dog the Bounty Hunter goes on to share the real reason. “What changed was I had no idea I was going to meet someone like Francie, because  a rancher was not in my black book.”  Confusingly, this is contrary to statements he previously made that loneliness led him to his previous proposal to Moon Angell.

Ultimately, Dog and Francie are happy. Additionally, it appears that Dog’s family approves of this union. TV Shows Ace notes that the couple is good for each other and they go to church three times a week. Seeminlgy wise beyond her years, Dog’s daughter, Lyssa says, “the couple respect each others’s grieving process and are not attempting to replace each other’s partner.” Lyssa also mirrors Dog and Francie’s sentiments about there partners. She says, “Beth would approve – I honestly believe that Beth sent Francie for my dad – I feel like Beth and Bob are watching down on them.”

What does it take to get to the alter?

While life may not be all smiles and rainbows, things seem to be working out nicely for the couple. Dog even shares about life changes for his future bride. They call them ground rules. He says, “you must go to church, you got to start eating grass and weeds, and you got to quit smoking, and you go tot quit using the A-word every other sentence. And you gotta get your heart rate because maybe someday you’ll be gone.” Francie dotes on Dog and shares that he only smokes one pack a day now. Prior to the ground rules, Dog smoked up to three packs a day.

Heartwarmingly, the couple both acknowledge their departed partners. Dog says that Beth is “up in heaven laughing at all of those restrictions.” While according to DailyMail Francie says, “she feels like she has her late husband, Bob’s, blessing from above.”  To elaborate on that, she says, “Bob and I had a lot of conversations before he went about moving on and what that looked like and what he wanted.” Surprisingly, it seems that Bob is laughing in heaven too. Francie shares that she didn’t know Duane is Dog the Bounty Hunter when she met him. “I actually think Bob is in heaven laughing that it’s Dog the Bounty Hunter that God brought into my life.”

Congratulations to Dog the Bounty Hunter, and his new bride to be, Francie. Stay tuned to TV Shows Ace for more reality television news.