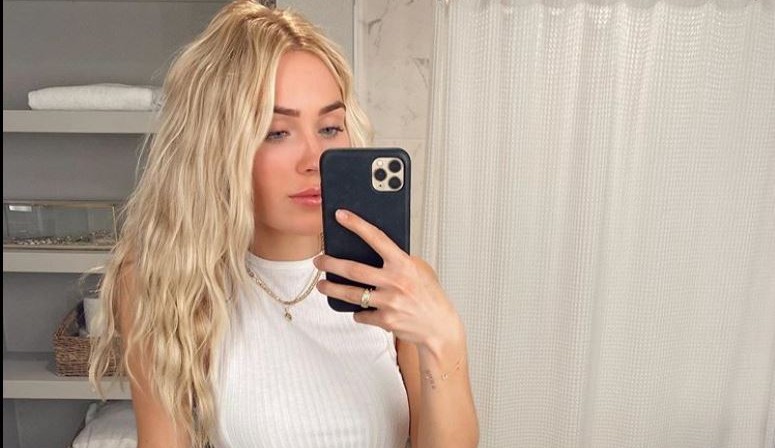 It’s been a rough few months for Cassie Randolph. In May she and former Bachelor Colton Underwood broke up. Then, he proceeds to allegedly continue to pursue her and send disturbing texts. He even allegedly showed up around her parents house and her apartment. Now, she made the move to stop it. Cassie filed a restraining order against Colton and the judge signed off on it. She had gone silent for a few weeks, but now she returned to social media. Her post was genuine, inspiring and remains filled with tons of support from fans and fellow alums.

The blonde beauty returned to Instagram with a post that continues to inspire many. She shared a photo of herself on the beach with the moon in the sky. Cassie said, “be like the moon and inspire people even when you’re far from full.”

Cassie has received tons of support from fellow Bachelor alums.  Alayah Benavidez said, “You inspire me

.” Sydney Lotuaco said, “This pic and caption are perfect 💙.” Lauren Zima chimed in saying, “This is beautiful and so are you.”

There are others who are voicing support of Cassie as well. One being spoiler guru Reality Steve. He shared that he suffered a similar incident and people are being too quick to judge Cassie. He believes her and feels that Colton has some issues he needs to get help for. Steve believes Cassie did this as  last resort and he completely understands.

Another big name to have her back is former Bachelor Nick Viall. He was also quick to come to Cassie’s defense. He said she is definitely not seeking attention and she’s just not that kind of person. Nick said the allegations are very real and very serious. He hopes the best for them both, but felt the need to stand up for Cassie amid many hateful comments she received.

Colton has been ordered to stay at least 100 yards away from Cassie and her family. He is to have no contact with her. They will appear in court on October 6. At that time it will be determined if the restraining order will be extended.

Colton has yet to comment on the situation. He allegedly placed a tracking device on Cassie’s car. He also sent numerous harassing texts. Cassie felt fearful for her safety which is what prompted the court order.