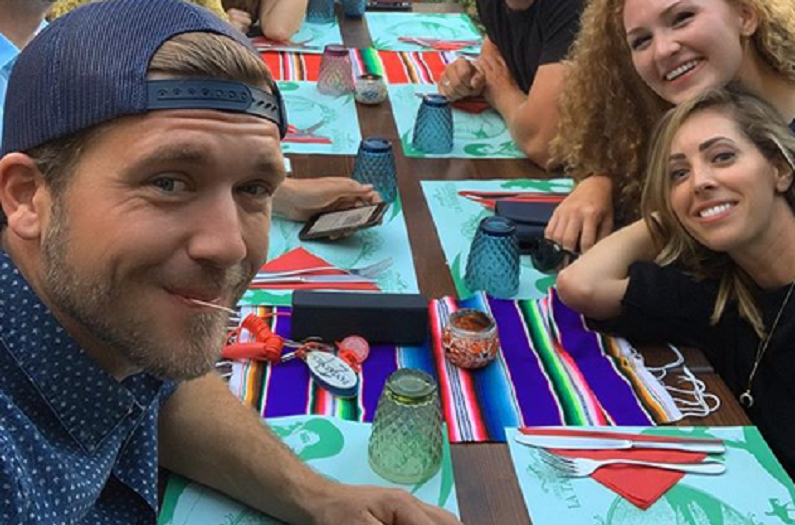 Below Deck Sailing Yacht stars Jenna MacGillivray and Chef Adam Glick got a lot of flack during Season 1. Viewers didn’t like watching the couple constantly kissed in the galley. The chief stew spent a lot of her time in the galley. She had her sights set on Adam from the start.

But their relationship quickly took a turn. It rocked as much as the sailing boat itself. Although Jenna and Adam quarantined together earlier this year, the duo didn’t seem as close as they were on the sailing yacht. What happened to Jenna and Adam’s love? Are they still together? Fans are curious to know the current status of their relationship.

The Below Deck Sailing Yacht star confirmed her split from Adam Glick. Jenna MacGillivray has moved on from their confusing relationship. It appears that they split since filming the virtual reunion. She now has a new love in her life.

Jenna hosted an Instagram Q&A with her fans. During the chat, the chief stew answered questions about her life and yachting career. Some Below Deck Sailing fans wanted to know if Jenna and Adam were still an item. As per Monsters & Critics, the couple has since split, and she’s seeing someone new.

“What’s the deal with Adam?” one viewer wanted to know.

“The path was cleared for me to be my normal stoked self and find someone that shares my values,” she answered in the most Jenna way possible. But she didn’t explain what led to her split with Adam. She also didn’t reveal who she’s dating now. The former reality star didn’t confirm her relationship aside from the Instagram Q&A.

Jenna’s first stint on the Below Deck spin-off didn’t go well. Fans especially didn’t like her when she hooked up with Adam. The chef wasn’t well-liked on the previous seasons of Below Deck Mediterranean. In addition, Jenna’s treatment of her stews made viewers angry.

But Jenna claims she’s not a “bi*#h.” Another viewer asked, “What’s one thing you wished people knew about you that wasn’t shown on TV?”

“I wish my humor was demonstrated more,” Jenna explained. “I laugh with and love everyone in my life. I’m not a bi*#h in the least.”

However, most viewers don’t believe that she’s changed. They didn’t like how she acted during the reunion. The Below Deck Sailing Yacht Instagram account posted the screenshots of Jenna’s responses from her Q&A. Many fans took to the post to slam Jenna for her behavior on the show. The former chief stew responded to the backlash with a sarcastic response.

“Cue the onslaught of ‘Jenna is so mean remarks!’ Gotta love it,” she wrote in the comments section. “I’m on a yacht right now with my stews and we laugh until we cry daily. Too bad you didn’t get to see that!”

Will the show return for Season 2?

Last month, Captain Glenn Shephard may have hinted that he could return to Below Deck Sailing Yacht. He shared an Instagram photo of the yacht from Season 1. “Parsifal III London,” he captioned the photo. “Will you be back another season?! a fan asked. Another fan wanted to know if they were filming the show in England since first mate Paget Berry and deckhand Ciara Duggan were also in England.

But Glenn didn’t respond to the fan questions. He also didn’t confirm whether the show was returning for a second season. Bravo hasn’t confirmed a Season 2, but fans have a good feeling that another season will happen soon.