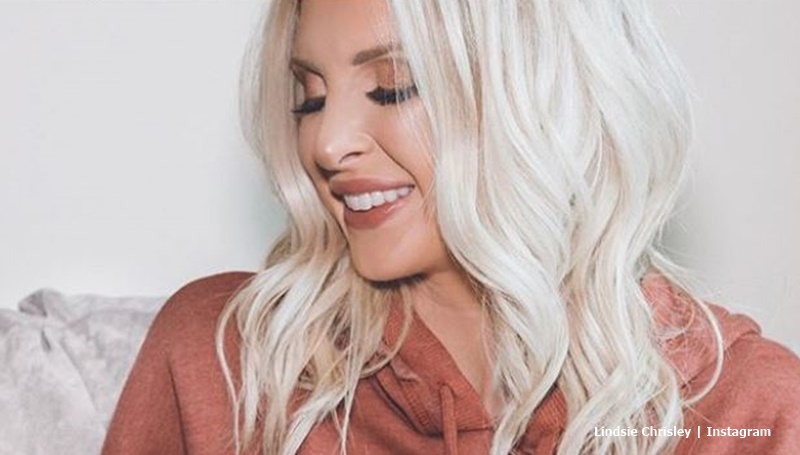 Lindsie Chrisley just turned 31 years old. In recent weeks she featured in other news about birthdays as well. In fact, we reported that she apparently snubbed Nanny Faye on her birthday. But, maybe there’s a right-back-at-you thing going, as Nanny Faye never spoke up on Lindsie’s birthday post yet. Lindsie described her trips “around the sun” as a “wild ride.”

Lindsie Chrisley ‘woke up to the sweetest Happy Birthday’

The birthday post showed Lindsie with her son Jackson. She said that he wrapped her present “in Christmas paper with medical tape.” He gave her a “hand picked bouquet of hydrangeas & the sweetest card that said, ‘Mom of the year.” Lindsie also gave a bit of the backstory to her present. She told her fans. “I overheard him talking on the phone about how he didn’t have enough money for something ‘fancy.” So, her heart melted.

Next, Todd Chrisley’s estranged daughter noted, “Nothing could have matched this. The best thing I’ve done in my years on this Earth is raising this little human & he’s a real good one. ♥️” She also thanked the people for all their best wishes.

Fans react to Lindsie’s birthday message about her son

As Lindsie also mentioned that she stepped away from social media, one fan commented on that, They wrote, “💕 Happy Birthday beautiful!! This is the sweetest pic, the time off social media is so needed. I’ve been trying to take breaks myself and about to step away for a little myself. So glad you’re taking that time for you to reinvest in the things that matter most. 😘.”

Well, it’s rather sad that Lindsie probably didn’t enjoy her birthday with her Dad’s family. Popculture reported a week ago, that they remain estranged. And it looks like nothing changes any time soon. They noted that in a Q&A,  Lindsie said, “the short answer is no,” when a fan asked if she and Todd and the rest of them make up their differences. She also noted that she “moved on and [she’s] in a very healthy place.”

T H I R T Y – O N E ⁣ ⁣ 🎂🎂🎂 ⁣ ⁣ Thirty-one trips around the sun. 🌞 I would say amazing trips, but it’s been a wild ride. I’m thankful for it all & I know God has big plans for us. 💫 ⁣ ⁣ I’ve been a little MIA on social media lately. Taking a much needed break to invest in things that matter most. Today, I woke up to the sweetest Happy Birthday. My present was wrapped in Christmas paper with medical tape, a beautiful hand picked bouquet of hydrangeas & the sweetest card that said, “Mom of the year.” I overheard him talking on the phone about how he didn’t have enough money for something “fancy.” My heart melts. Nothing could have matched this. The best thing I’ve done in my years on this Earth is raising this little human & he’s a real good one. ♥️⁣ ⁣ Thank you to everyone who took the time to wish me a Happy Birthday. I’m truly thankful for all of you & happy that I get to share my life with you. ♥️⁣ ⁣ I got a card in the mail with $100 today & I know it’ll mean more to one of you than it does to me. Let me know what you’d use it for & I’ll pick one of you. 👇🏾👇🏽👇🏼⁣ ⁣ ⁣  

Todd and his daughter Lindsie fell out a long time ago when she left USA Network’s Chrisley Knows Best. She and Todd’s second wife Julie apparently had an altercation. Last year, it blew up even more when she accused him of extortion during the tax evasion investigations. And, Savannah and Lindsie seem at odds with each other as well, as she called her sister “fake.”