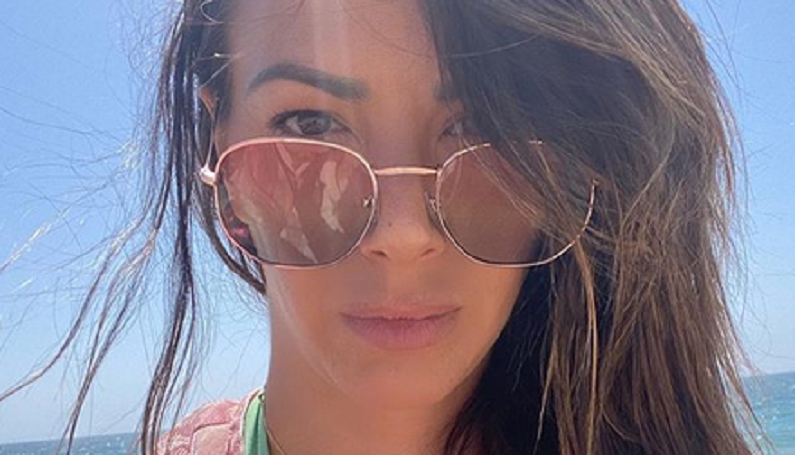 Kristen Doute has a lot to say about the Vanderpump Rules firing. Kristen Doute went on the defense shortly after Stassi’s interview. The former reality star appeared on The Tamron Hall Show on Thursday, September 17. She addressed her racially insensitive comments.

While Stassi admitted her firing, Kristen Doute has a different story. She revealed that Bravo didn’t fire them despite what the reports say. Kristen wanted to set the record straight about numerous things. She grew tired of their followers accusing them of being racist.

This comes after their past racially insensitive comments and actions resurfaced earlier this year.

The former SUR-ver wanted to set the record straight on social media. Kristen denies being a racist. This comes after Stassi Schroeder gave her first post-firing interview. The former Straight Up With Stassi host made an appearance on The Tamron Hall Show. Just hours after the interview aired, Kristen responded to the backlash over Stassi’s interview. She also wanted to address what really happened.

Bravo let Stassi and Kristen go after former co-star Faith Stowers revealed they fired a false police report for a crime she didn’t commit. However, Kristen claims that “the police were not called.” She also claims that she and Stassi are not racists, no matter what people think.

Kristen Responds On IG❤ She Knows She Will Probably Get Backlash From Her Comments But Is Tired Of The Rumours! @kristendoute #PumpRules pic.twitter.com/N6SwF4B8Tk

“There was never a police report, the police never had her name so she was never in harm’s way,” Kristen responded to a follower on Instagram. “I understand me speaking up about this is going to create major backlash but I’m tired of the rumors. Neither [me or Stassi] are racist and have absolutely no hate.”

Kristen also revealed that they made the call when they were filming the show. However, the scene “didn’t air.” Instead of calling the police, Kristen said she called a “tip hotline.” Several people came to her and told her that it was Faith in the Daily Mail article. But Kristen regrets her mistake and says she “should have stayed out of it.”

Kristen Doute and Stassi Schroeder released public statements apologizing for their past behavior. Then Bravo announced that it had cut ties with both women, including Max Boyens and Brett Caprioni. Kristen denies that she and Stassi were “fired” from the show.

“We weren’t fired,” Kristen wrote on Thursday. “They chose not to renew our contracts. That was their decision to make.”

Since receiving backlash, Kristen has relied on her new boyfriend, Alex Menache, for support. She also became friends with Stassi. Meanwhile, Kristen’s boyfriend came to her defense on Thursday. He asked her followers to see things from a new perspective.

“For those of you who will twist every word Kristen and Stassi say against them, I pose a simple question,” he wrote. “Is it possible to 1) admit your faults, grow, change and be an ally AND AT THE SAME TIME 2) correct falsities and explain motive? Or is it simply impossible to do both?”

This comes after Stassi gave her first interview since being let go from Vanderpump Rules. During the interview, she didn’t deny getting fired from the show. But she did say that she “never felt like I was a racist,” but she realized that she “wasn’t anti-racist.”