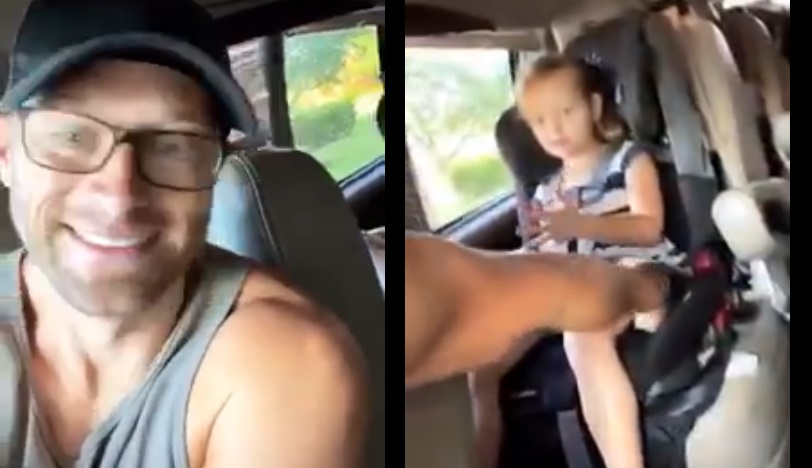 Adam Busby and Danielle Busby were a little less active on Instagram for a while because of Hurricane Laura. While their house did not suffer from the storm, their hometown did. So, they’ve been busy helping pick up the pieces. That being said, Adam and Danielle Busby have started to return to being super active on social media again. And, OutDaughtered fans couldn’t be happier.

How does traveling work for the Busby crew?

Now, it is safe to assume transporting a family of this size from one location to another is hectic. After all, six growing girls (five of which who are still in car seats) takes up A LOT of space in a vehicle. So, they can’t exactly travel in a traditional vehicle. Hence the “Busby bus” as it’s affectionately referred to.

So, Adam Busby took to his Instagram Stories yesterday to share a little window into their life. The video clips included the quints piling into the Busby bus as they headed to school. As they prepared we heard one of the quints ask which one of them was in “first class” today. Adam responded that it was Lulu (Olivia’s) day in first class.

Now, this video clip was a little confusing for fans. Mostly because we weren’t really sure what they meant by first class. After all, the quints were too small to sit in the front seat. So, what were they talking about?

Fortunately, Adam Busby recognized that they have not discussed what first class on the Busby bus means. So, he decided to take a few moments to explain it to fans.

He explained that each day of the week belongs to one of the quints. On that day, they get to sit in “first class”. Which is the seat directly behind Adam and Danielle. The quint in this seat has immediate access to mommy and daddy during any trips made that day. This includes first dibs on snacks and drinks.

Adam Busby then proceeded to share the schedule for first class.

Unfortunately, it does not appear as if Blayke is factored into this schedule. But, this is likely because a car seat would have to be removed for Blayke to sit in first class and taking a car seat in and out once a week is inconvenient.

A little window into the Busby household 💕

So, what do you think about the way Adam and Danielle Busby handle traveling in the Busby bus. Do you think it is a creative way to manage things? Sound off in the comments!