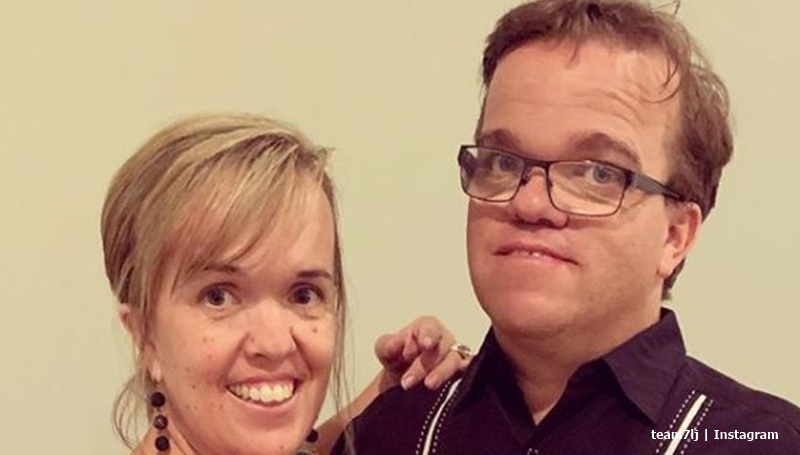 7 Little Johnstons fans want a new season of the TLC show. They fret as they await a release date. While the show’s filming, no new season premiere date arrived yet. In the meantime, they follow Amber and Trent on their Instagram accounts. On a recent post, Trent said that one of his fans really made his day.

We reported that Amber shared about her weight loss. With two comparative pictures, clearly she stuck with her diet. In her Instagram post on September 4,  she said that she followed the Optavia Works diet. Now she posted up a photo of her with Trent and fans immediately noticed that she lost weight. One fan commented, “I miss you guys. You both look hot 😍 you’ve lost loads of weight. I’m struggling help me God 😂.”

One 7 Little  Johnstons fan asked for parenting advice, which Amber answered very kindly. She told them, “absolutely!! Parenting is never perfect, always a work in progress just like a marriage. Set boundaries, provide structure, listen, and have fun!” Actually, plenty of TLC fans love that Amber and Trent answer them. Many reality TV stars post photos but don’t interact with their followers.

The fan that made Trent’s day

One fan shared a heartfelt message with Amber and Trent responded to it. The fan wrote, “I must say your family is an amazing example to how we can still love someone despite their mishaps or failures.” They talked about how the “love, support & guidance y’all share is a testament to the real meaning of family.” Then, discussing discipline, the fan told them that “kids today don’t see how sometimes parents love them more when they have to discipline them.”

Notably, the fan stressed that 7 Little Johnson fans feel “blessed.” That’s  because the family isn’t “afraid to show their few failures along with their many achievements.” The fan takes it as a “reminder that although we ‘failed’ at something we still learned from the experience.” They also thanked the family for letting them into their lives. Finally, the fan noted, “we all go through similar things but we can still come out stronger & wiser. ❤️.”

No wonder that Trent sounded so happy after that message. He replied, saying, “Thank you for this! Your message made my day. Cheers.”

While some fans envy people who get on reality TV, the lifestyle can become very stressful. The Wrap reported that some of them get hate mail. And, they end up depressed or even suicidal. So, when they get positive and uplifting messages from fans, it makes people like those on 7 Little Johnstons feel very blessed.