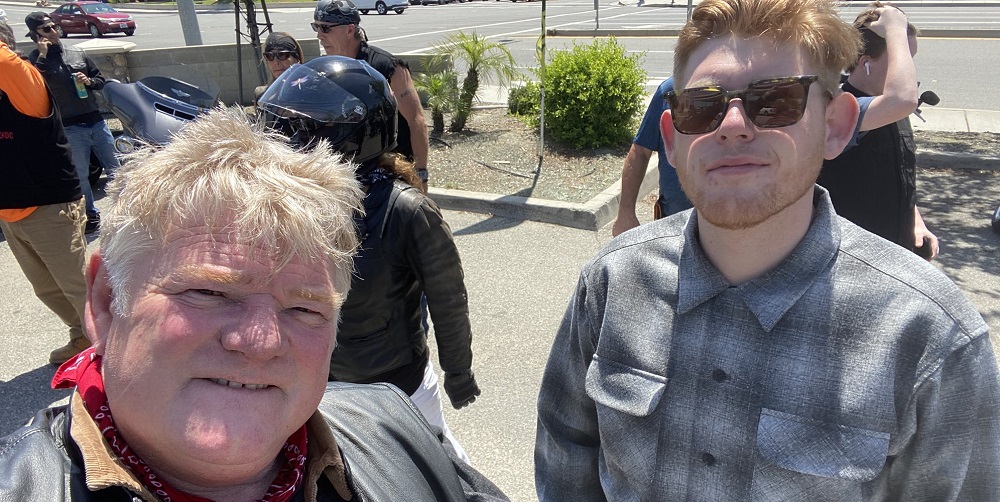 Sad Storage Wars news to report after our favorite auctioneer Dan Dotson took to Twitter to reveal his son Garrett was shot in the chest. Just yesterday, authorities called Dan to tell him something no parent ever wants to hear. Someone shot his son. He was told he was in stable condition. The tweet featured a picture of himself with his son. He asked his Twitter followers for prayers.

Things took a turn for the worse

Dan Dotson updated his Twitter followers with a sad update. Things had taken a turn for the worse. “Things changed from stable to critical condition airlifted to Las Vegas just landed in surgery now praise to our heavenly father,” he penned in a follow-up tweet. Again, he included a picture of himself with his son. Again, he begged his followers for prayers.

Do we know what happened?

TMZ has spoken to Garrett’s mother Laura about what happened. She explained her son was walking his date to the vehicle. Someone said something. And, then they shot him in the chest. This took place in Lake Havasu, Arizona.

Thankfully, Laura confirms her son called 911 himself. Then, first responders rushed him to a nearby hospital. the doctors concluded the bullet hit a main blood vessel connected to his heart. It also fractured his spine.

Tragically, the local hospital was not properly equipped to deal with the injury. So, they airlifted Garrett to a Vegas trauma hospital.

During the flight, things took a turn. Laura explained the doctor in the air craft placed their hand in Garrett’s chest to stop the bleeding. According to Laura, this move ultimately saved her son from bleeding out.

Dan Dotson confirms they expect his son Garrett to survive.

“Thank you to the surgeon that saved my son from bleeding out on the air trip to Vegas Thank you everyone for the prayers & positive thoughts thrown our way. Garrett is out of surgery & is expected to survive #prayerworks #prayerwarriors thank you God for sparing my son Garrett,” Dan pens in another follow up tweet. This tweet featured Garrett with his mother Laura.

Thank you to the surgeon that saved my son from bleeding out on the air trip to Vegas Thank you everyone for the prayers & positive thoughts thrown our way. Garrett is out of surgery & is expected to survive #prayerworks #prayerwarriors thank you God for sparing my son Garrett pic.twitter.com/fAb3KaAduK

Now, Storage Wars fans love Dan Dotson and his wife Laura. So, this tragic news was especially hard to hear. Fans of the show were relieved to hear Dan’s son was going to survive. Dan’s tweet was filled with prayer warriors sending his family well wishes as they hoped for a speedy recovery.

TMZ did reach out to the local authorities for an update on the shooting. The police have not made an arrest at this time. But, they are actively investigating what happened.