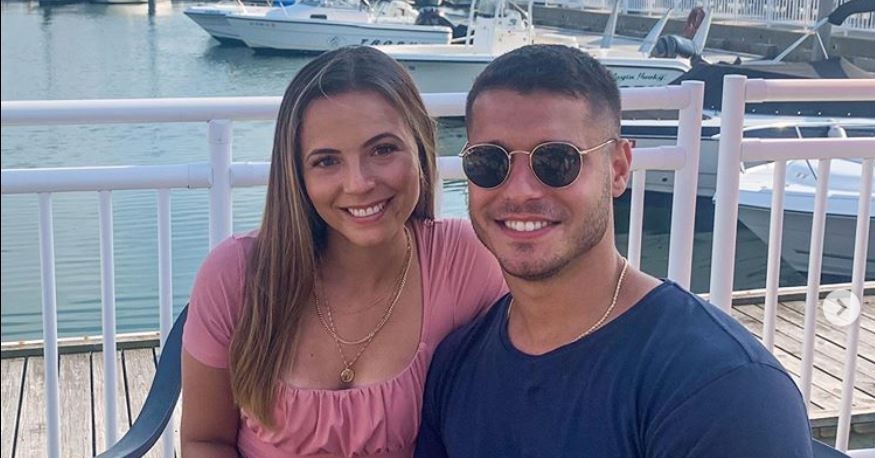 Cody Calafiore is good at his Big Brother game. He competed in Season 16 and came in as runner-up. Then, his brother went on to compete on Season 18. Now, Cody is back to play the Big Brother game and he even landed the first head of household. So, now that Cody is sticking around awhile, who is his this girlfriend he has back home?

Distractify shared all about Cody’s girlfriend. His intro package featured her and he says he loves her in the diary room. During the premiere he introduced her to the world. While separation can be hard, neither want him home early. They are hoping he makes it far in his game and wins the final cash prize. He obviously loves her so there will be no showmances happening for Cody.

Her name is Cristie LaRatta. Anyone wanting to follow her on Instagram will have to request to do so. She has her account set to private, but no doubt she is cheering Cody on. His Instagram is packed full of photos of them together.

Reports say the two will celebrate five years together this September. They have been through a lot together. In 2016 Cristie was diagnosed with cancer. In February 2017, Cody shared an amazing tribute to her about completing chemotherapy.

The pictures on Instagram of them together are numerous and adorable. It looks as though he has found the love of his life. Perhaps fans will see a proposal soon.

It's insane how in the blink of an eye someone can come along and completely change everything for you in life. 6 months ago my beautiful girl friend Cristie was diagnosed with cancer. Today I am very happy to say she's going in for her last chemo treatment and I couldn't be more proud of the strength and resilience she has shown through this crazy time in her life. She is such a beautiful girl inside and out and I couldn't have been more proud of how she fought through this! You are one of the strongest and most unbelievable woman I have ever met and I am truly blessed to be with someone like you! 😍 Today marks the first day of moving on and making this time just a blurred memory! 😘😘

He just lost his pop pop

Cody is very close to his family. And, his grandfather has been sick for the past 14 months. He was only given a month to live at the time, but he was a true fighter. He received word from this family back home that his beloved pop pop passed away. Cody made the decision to stay and compete for the big prize. His brother posted on social media asking for prayers and strength, especially for Cody in the Big Brother house.

The other houseguests were very sympathetic to Cody and his family’s loss. They all offered condolences. Dani and Tyler made a cereal sculpture in honor of his grandfather. While no doubt it is hard for him to remain in the game and not be with this family, he has a real shot at winning. He knows how to play the game and he is good at it. And, he has Cristie cheering him on from home.