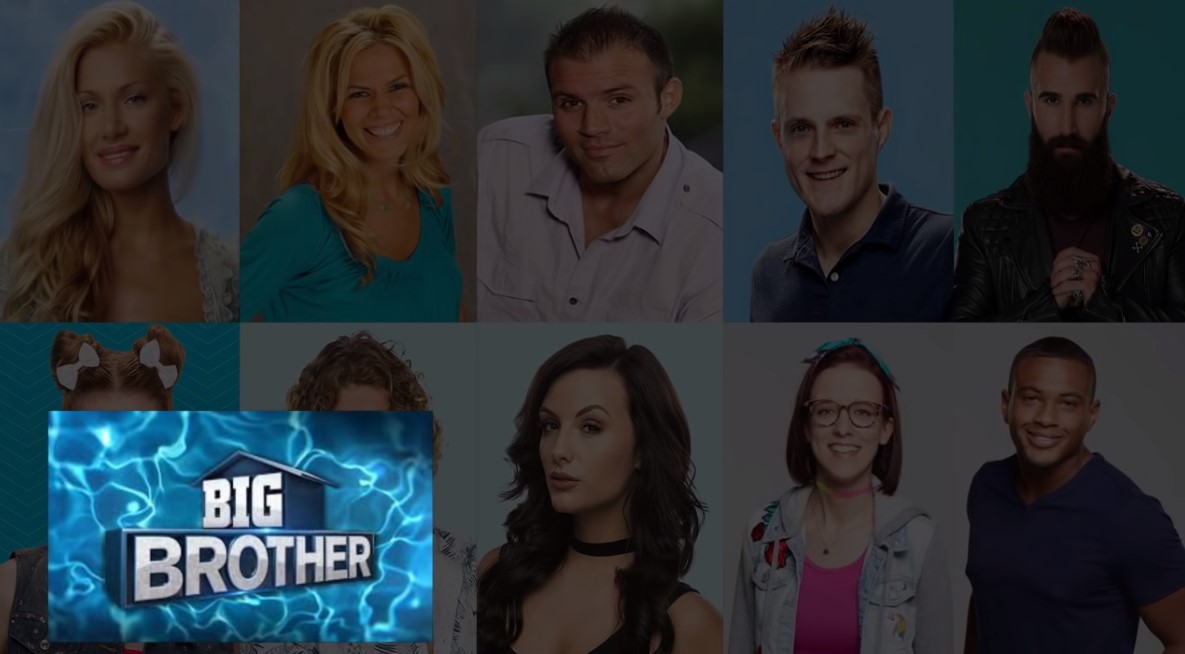 Big Brother alums often come out of the woodwork to react to things current houseguests are doing during a new season of the CBS series. And, former players of the game are coming out in full swing after what recently happened to Ian Terry. What’s going on and what are Big Brother alums saying about it? Keep reading for the details.

Several HGs mocked Ian Terry because of his autism.

Several of the houseguests are under fire after poking fun at Ian Terry for some of his coping behaviors because of his autism. Latest chatter among those who viewed the live feed confirms that SIX different houseguests have been in on the mocking and bullying? These houseguests include Nicole, Cody, Memphis, Enzo, Dani, and Christmas. Currently, it seems as if Memphis is taking the blunt of the blame. This is because many believe Memphis did most of the talking. But, that doesn’t exclude the other houseguests in the room laughing at his jokes.

We already know some Big Brother alums are catching heat for NOT speaking out.

Dan Gheesling, coined as one of the nicest HGs to ever play big brother, is currently under fire. He recently showed support for Memphis Garrett on Twitter. And, followers of the show are not happy about it. They don’t understand how someone who is known for being such a great guy can support Memphis. Will he speak out on the issue? His fans certainly hope so.

Several past players are speaking out, supporting Ian Terry.

Interestingly enough, Evel Dick Donato, Dani’s estranged father, was one of the first former players to speak out on the controversy. No surprise he targeted his daughter specifically with what he had to say.

“What in the f**k is wrong with them?” He penned in a tweet that included the video clip. He continued to discuss the controversy later in the week.

Dani already got a heads up in the DR over saying Ian was using his autism for strategy. Then she’s part of this … Disappointing.”

Janelle Pierzina, who got into it with Nicole Franzel before being evicted from the house, has also voiced her thoughts on the mocking and bullying. “Instead of laughing they should be standing up for Ian. He has a disability.” She tweeted.

We were talking about this on Dick at Nite and I don't know, but said that I imagine that the rocking is similar to what most people do, bouncing a leg while sitting or crossing your legs and shaking a foot… just that you need more movement? https://t.co/1o3cDVUtrl

Kaysar Ridha, who told Ian Terry he was also on the spectrum early on in the game, has also taken to Twitter. Unsurprisingly, he’s had a lot more to say about the issue.

People on the spectrum are some of the best our society has to offer,” he wrote. “I’m mortified by the actions of these Big Brother houseguests. Before leaving I reminded Ian to never let anyone laugh at him. Ever. Period. Inside the BB house reflects society’s failures when it comes to our handling of diversity. We could use a lesson in empathy & awareness. Ppl who are neurodiverse & on the spectrum should be protected not trashed. I have zero tolerance on this issue.”

He continued: “Hey houseguests… here’s what gave ME anxiety when [Ian] walked into the room. How can someone so smart, sweet, compassionate, and thoughtful as Ian feel so nervous about how people perceived him, will treat him, and be let down by him. Change your perspective!!!”

Covert microagressions are just as destructive to our society as outward racism and should never be tolerated. Houseguests should have known better and will hopefully learn from this. #BB22 watch the full video here: https://t.co/6hA6ovm8aY pic.twitter.com/p3oNSLhEfE

Former HGs continue to express their fury on Twitter.

Andy Herron, who has not been shy with his feelings toward the show, didn’t have kind things to say about Memphis. In fact, he referred to him as “a real piece of sh** for the way he talks about Ian and Ian’s autism. Inexcusable.” Andy has also tweeted asking why the production team could go over the speakers to ask people to stop singing, but couldn’t be bothered to ask them to stop bullying someone with autism.

Thank u, I have autism and ppl need to be informed about how to act and react to us. Im great at masking so other ppl dont see it, so I dont have it that bad, but it is a dissability, and a blessing. My autism makes me a better person, more empatic, less judgemental and logical.

Jodi Rollins was on Season 14 with Ian Terry. And, she tweeted that she wasn’t happy with the way things were going down either. “I love Ian. He opened up about being on the spectrum and this is what he gets!?” She exclaimed.

Fans are just as upset as former players of the Big Brother game.

Now, as we previously reported, the former Big Brother players are NOT alone in being upset at Memphis and the other houseguests. Fans of the series are speaking out against the network. For starters, they were upset the bullying was not addressed during an episode of the show. Second, they called for the network to consider pulling the players from the game.

Many, however, feel it is unlikely the network will do much of anything to make the situation better.