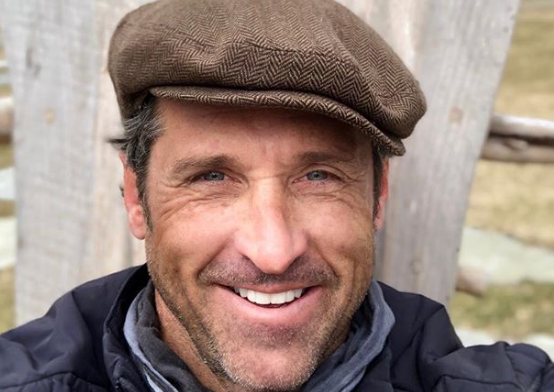 Fans still haven’t gotten over the death of Patrick Dempsey’s character on Grey’s Anatomy. Now, they have something to look forward to with his new CW thriller, “Devils.” The show is an Italian production that will be premiering in October in the United States.

In a trailer for the show on TV Insider, Dempsey is speaking to his protege telling him he’s proud of him and his sacrifices. The trailer promises a lot of action and focuses on NYL which is a huge investment banks.

What Is “Devils” All About?

The show is based on a novel written by Guido Maria Brera, I Diavoli. When Dominic, played by Dempsey, picks someone else for a promotion, the Head of Trading, Massimo is accused of that guy’s murder.

The story follows his attempt to clear his name which causes him running into more trouble internationally. Eventually this brings him up against a choice to support or go up against his boss. The actor is perfect for the role and has enjoyed playing it. On his Instagram Dempsey shared the picture below with his costar. He captioned it, “it was a great experience working with you Alessandro Borghi, thank you my friend.”

It was a great experience working with you @alessandro.borghi thank you my friend. #thedevils #rome

In a recent interview, Patrick Dempsey said he should have left Grey’s a year before he did. The money, was just too good. He admitted he took some heat for his character dying in a fatal car accident. Since Dempsey is also a professional racecar driver. He said, “the guys at Porsche didn’t let me forget that.”

What Did Patrick Dempsey Say About His New Role?

In an article for Men’s Journal, the magazine said the new role is the most taxing and promising for Patrick Dempsey post-Greys. They also said most actors liken going to film in Italy, where the show filmed, equivalent to being put out to pasture. Dempsey said, “true. But if it works out like it did for Clint Eastwood and his spaghetti westerns, I’ll take it.” The article compared Dempsey’s character to the main character in Wolf of Wall Street. He said, “it’s about power and deception. We really get to show the dark side of capitalism run amok.”

It is already a hit in Europe and renewed for a second season. He doesn’t have a timeline for filming because of the pandemic. Coronavirus has put that on hiatus for now. When talking about the coronavirus, he said he’d really enjoyed time with his family. He has three children with his wife Jillian Fink. He said, “we’re working better as a family, as far as teamwork is concerned, that we ever have.” He said they were forced to, but starting to enjoy it. Fans of Dempsey are thrilled this show is coming to America. “Devils,” premieres Wednesday, October 7 on the CW.