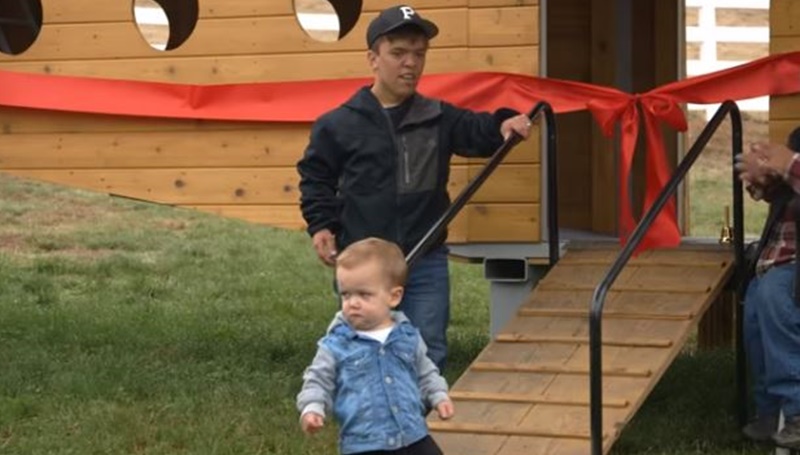 LPBW fans inquire on Matt Roloff’s Instagram about this year’s pumpkin season at Roloff farms. At one stage, Matt said they probably won’t open this year. But now, they are reconsidering. And, there probably will be one. But, it will be quite different from the usual annual event.

Matt Roloff shared a video on his Instagram on Wednesday. In it, he spoke about this year’s Pumpkin Season. The Little People, Big World patriarch said that firmer details come a bit later. He confirmed once more, that originally, they planned for nothing this year. He previously mentioned that people might buy pumpkins. But, the annual “fair” wouldn’t happen.

Pumpkin Season on Roloff farms usually attracts thousands of people. There, they enjoy all sorts of fun. In October, so many people arrive that RVs and buses get their own special area to park. Some activities cover the initial cost. But, the scaled prices mean enjoyment for people of all ages. Hopeful LPBW fans almost gave up hope for a season this year, but Matt has reconsidered his position on it.

This year, the coronavirus meant that logistically, running the Pumpkin Season would be problematic. In his latest video, Matt said that they decided they will probably bring a season, but very different. Only reservation bookings can be made. And, none of the usual festivities take place. But, he promised they will design a walking trail. So, people can explore those parts of the farms not usually seen.

Limited people, limited numbers requires payment for Pumpkin Season. That’s because the LPBW farm staff need payment as they assist with everything. It’s a nice gesture for them because the main pumpkin seasonal work basically comes to an end in October. In fact, those people who go along every year meet the same faces.

Matt Roloff confirmed that they will still work on all the logistics on what they can offer this Pumpkin Season. But, he reassured fans that he will give them all the details at a later date. In the comments section of the video, some fans suggested they do away the whole thing and just donate their pumpkins to charities and the poor. But, Roloff Farms is a business, and some people thought the idea “stupid.”

Others can’t wait for the details. After all, many people plan their vacation to Oregon around the season. They hope for a glimpse of some of the famous LPBW family. What do you think about Matt’s suggestion of a trail around the farm? Will you try to make a reservation? Sound off your thoughts in the comments below.