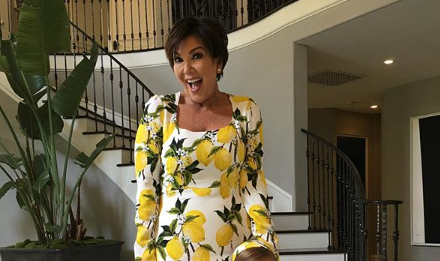 If there is anyone on the planet who has a backup plan, it’s Kris Jenner. After the announcement that Keeping Up with the Kardashians will be over soon, fans speculated about her next move. The woman who coined the word, “momager,” has propelled her family to icon status over the years. She’s helped all her daughters build empires that will outlive their run as reality stars.

One fan joked Kris will, “finally have the time to create the vaccine for corona.” Another said she was, “on her way to find some new kids to film with her.”

The sixty-four year old trended on Tuesday after the announcement. One fan said, this is probably part of a larger business scheme.” Rai Sanni, a comedian talking about RHOBH, mentioned Jenner. She said she won’t support her on the show, because she, “doesn’t want Kyle Richards to have a really smart ally on that show ever again.”

What Do Fans Think Kris Jenner’s Next Move Might Be?

One fan said they were, “terrified to even imagine what Kris Jenner has in store now.” A big rumor circulating is that Jenner might go to Real Housewives of Beverly Hills. Fans have mixed emotions about what that might look like. Jenner did have a small apperance on the show when she went to her friend Kyle Richards’ benefit.

There’s no doubt among fans Kris will do something with her time after the show. She’s not someone to just sit back and relax. One follower said, “the devil works hard, but Kris Jenner works harder.” According to US Weekly, Kris posted that the family is grateful to their fans. The Instagram post said, “after what will be 14 years, 20 seasons, hundreds of episodes, and numerous spin-off shows. Through the good times, the bad times, the happiness, the tears, and the many relationships and children. We’ll forever cherish the wonderful memories.”

What Are Other People Saying About Kris Joining Beverly Hills?

Comments by Bravo posted on Instagram a meme. It said, “when I see people post about Kris Jenner joining RHOBH.” Accompanying the comment is a picture that says, “it’s not happening.” Kyle Richards responded, “you never know.” Some of the other fans don’t think it will happen. One said, “they couldn’t afford her.” Another said, “shut up, Kyle, Kris would never.”

Kris and Kyle have been friends for a while and often post on each other’s social media. If anyone knows if Kris would join the show, it would be her. For fans the ending of the show is the end of an era. They’ve watched all the girls grow up to have families of their own.  The last season of the show will air in 2021.