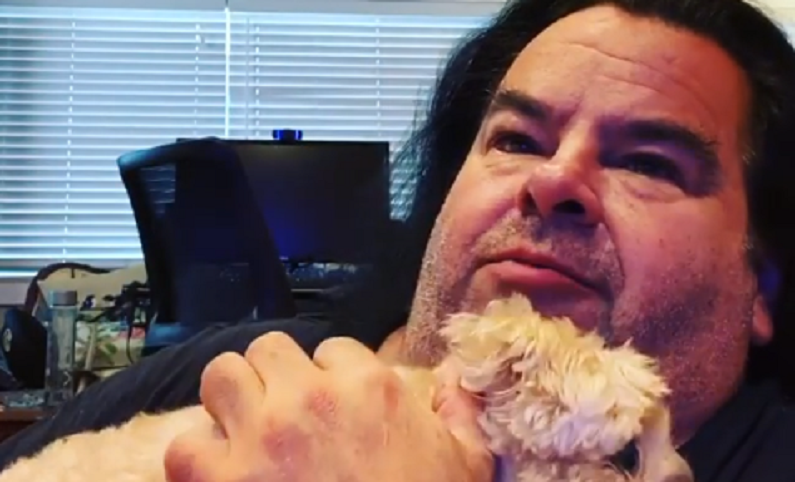 90 Day Fiance viewers aren’t happy with Big Ed Brown. They slammed him for not wearing a mask while meeting up with his fans. Ed loves his fans. He often shares his encounters on social media.

He’s been shooting videos and taking videos with fans without masks. The TLC star has been enjoying his newfound fame since appearing on 90 Day Fiance: Before the 90 Days. Viewers took to Ed’s latest post to troll the reality star. They don’t agree with his no-mask stance and have called him out about it countless times.

But Ed can’t resist meeting his fans. He often gets up close and personal with them, which makes his followers uncomfortable.

Big Ed posts a video of himself with fans

On Monday, September 7, Big Ed shared a video of himself with his fans. Most of the fans he comes across are much younger women. But there’s a guy and a young boy in this video. Ed explains how he met the group.

In the video, Ed explains they missed their flight. The group invited Ed to try a Chicago hotdog. As Ed panned the camera to give his followers “a tour of the city,” one unamused person walked away from him. Ed finished his video with a simple, “Whatever.”

90 Day Fiance fans slam Ed for not wearing a mask

Fans didn’t understand why Ed and his new friends weren’t wearing a mask. When he panned the camera, there were people walking down the street with masks. 90 Day Fiance fans flocked to Ed’s post, urging him to wear a mask. But some defended the reality star, telling the “Karens” to cut it out.

Other fans were simply trolling Ed. They shared their thoughts on why the guy walked away from Ed. Others didn’t like hearing the TV personality cuss in front of the young boy in the background. Others joked about how unamused the girls in the group looked.

Most of the fans laugh at the expense of Big Ed. They just follow him for giggles. However, there are some who follow him because they love him. But he gets the last laugh with his merchandise.

The 90 Day Fiance star returned to Instagram to share more videos. He posted a video of the Chicago hotdog he enjoyed. In the slideshow, Ed shared photos of the city and more photo of himself with fans, but without a mask. Most of his followers took to the post to wonder if he even looks at comments anymore.

But it appears that he was paying attention. In his next Instagram post, Ed shared a clip of two more female fans wearing matching “Big Ed Brown” t-shirts and face masks. In the comments section, he referred to them as his “best friends.”

90 Day Fiance fans continued to poke fun at him in the comments section:

Fans noticed that his follower count has declined since he first appeared on Before the 90 Days. That doesn’t seem to bother Big Ed though. He enjoys the attention he gets from the people he meets on the street. But it’s clear that some fans are getting sick of his antics.