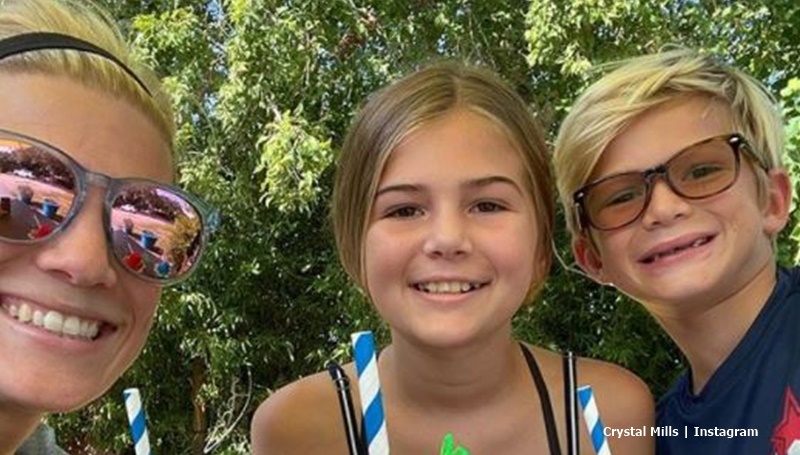 OutDaughtered Uncle Dale, Kiki and the kids dodged the full force of hurricane Laura. Relieved fans heard they “made it to a hotel on the west side in Katy.” There, they all made it through safely. But now, McKenzie ended up at the ER with stitches in her head.

On Monday, Dale Mills shared two photos of his daughter McKenzie. The first one showed a nasty gash on her forehead just above her eyebrow. And, the second one showed the same wound with about five stitches in it. In Dale’s caption, he revealed that his son Bronson contributed to the injury, but without meaning to.

The Busby quints’ uncle noted, “We had an eventful night last night. Bron was swinging a bat outside and McKenzie walked right into it behind him.” Then, his hashtags said that she’s all good now. Hopefully, it heals up nicely and leaves no scar. While Dale and the kids don’t feature in every episode of Outdaughtered, fans know McKenzie well enough to express their concern and best wishes.

Fans of TLC send in their messages of concern

The Things reported that Hazel, the red-haired quint shares a special bond with Uncle Dale. And, the other kids all get along well with cousins Bronson and McKenzie. So, many TLC fans hope his daughter recovers fast. One of them commented, “Ouch! Glad she’s all patched up and doing ok. Looks bad-ss!”

Meanwhile, others hoped that Bronson didn’t feel too badly about hitting his sister. One OutDaughtered fan noted, “Awe man, hate that for her. I accidentally hit my cousin in the head with a bat when we were younger. Felt terrible. Hope brother is doing ok, too. I bet he felt so bad like I did. ❤️”

We had an eventful night last night. Bron was swinging a bat outside and McKenzie walked right into it behind him. #nicelittleERvisit #shesallgoodnowafterstitches

Bronson plays baseball for the Aces

No wonder that Bronson practiced with his bat in the yard. On his mom’s Instagram, Aunt Kiki revealed that he played his “first First Select Game!” he looked like his mom’s mini-me wearing his Aces shirt. A fan wrote, “Good Luck!! We live in Delaware and my son plays for the Aces too!!! ⚾️⚾️.”

Hopefully, Bronson’s extra-nice to his big sister in the next few days. But, he didn’t hit her deliberately. Usually, fans of OutDaughtered see the kids get along just fine. Probably his sister’s really proud of her brother who seems quite a good baseball player. And, in years to come, no doubt the story of her stitches and the visit to the ER get recounted at family gatherings.

Luckily, the bat missed McKenzie’s eye and it looks like nothing major needed attention at the ER.

Did you ever get hit by a baseball bat? It looks rather painful! Sound off in the comments below.