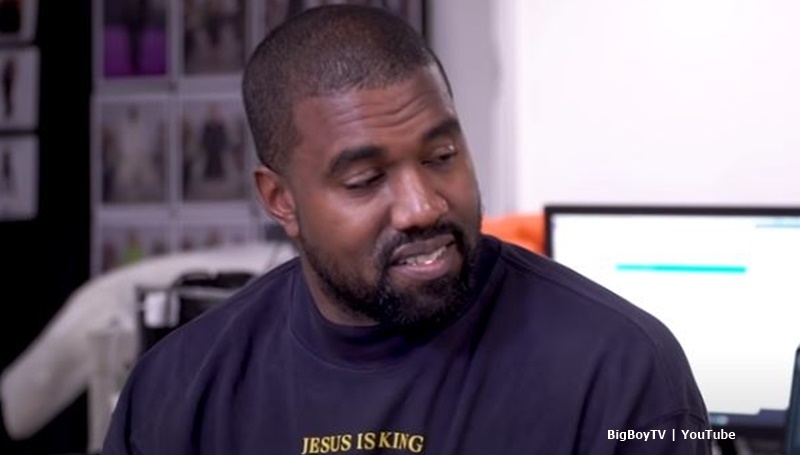 Kanye West left Wyoming where he holed up for some time during the presidential campaign. He went to LA and caught up with the family there. After fans worried he and Kim might divorce, things look a bit more hopeful now. And, now he went home, Kanye did something a bit odd. He sent a crazy and amazing birthday gift to his collab friend 2 Chainz.

We reported that Kanye lived in Wyoming for a while. Recall, he shared many weird tweets and taunted Kim for allegedly wanting him in an institution. Things went from bad to worse. But, now he’s home, he spent the weekend with her and the kids at their Hidden Hills home.

Kanye West sent 2 Chainz a present so oddly weird, crazy, and superb, that fans scratch their heads about it. It looks like a modern-day tank. Literally, not a tank-sized car, but an actual tank. Okay, it’s got no guns mounted on it, but to certainly looks like something you could take into a war zone. The gift also came with a bible verse about submitting to the Lord and making his “way straight.”

The Blast reported that 2 Chainz shared “photos of the massive heavy-duty vehicle on Instagram and revealed the early birthday present was a gift from Kanye West.” They remind readers that Kanye and 2 Chainz worked together and it might relate to an upcoming album by the rapper. Quite what inspired that massive and amazing gift is something only Kanye might know. But 2 Chainz certainly sounds thrilled with it.

The outlet did some research and revealed that the ATV that looks like a tank’s actually known as a “Sherp.” They make “all-terrain amphibious” vehicles for “rough”… terrain.” 2 Chainz sounded deeply impressed with his gift from Kanye West. He shared a photo of it standing on the lawn. He captioned it with, ” Woke up to a really dope present – Virgo season is upon us 💙.”

In another photo, 2 Chainz revealed the huge size of the vehicle. His second photo came with the caption, “King Halo.” Well, fans were blown away by it. One said, “Bro this so cool to see u get this awesome -ss vehicle.” And, another one commented, “I see young halo advertising that new avengers game💪🏾💪🏾🔥🔥🤘🏾🤘🏾.”

Meanwhile, on the first photo, plenty of impressed people loved Kanye West’s gift. In fact, Lil Duval said that he wants to come over and drive it. Well, 2 Chainz replied saying, “we gotta find a lake to ride In.”  And why not, it’s amphibious, after all.

What do you think of the birthday gift from Kanye West? Sound off in the comments below.