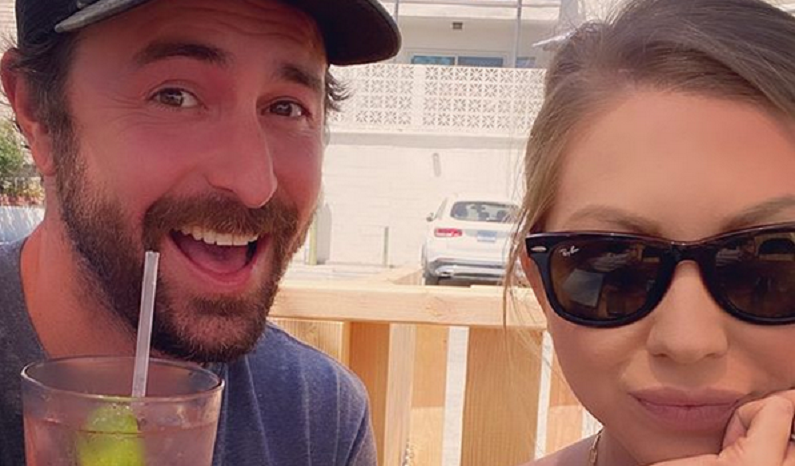 Vanderpump Rules fans are not happy. Pregnant Stassi Schroeder went swimming in the lake without a life vest. This brought them back to Naya Rivera’s tragic passing earlier this year. The Glee actress died after drowning in Lake Piru when she went for a swim without her life vest.

Stassi Schroeder recently flaunted her baby bump. She took a dip in the water this weekend. The 32-year-old Bravo personality went to Lake Arrowhead when she wanted to go for a swim. Thankfully, she was not alone, but fans weren’t happy to see her without a life vest.

This comes after fans slammed Beau Clark for taking Stassi on a houseboat.

Stassi Schroeder and Beau Clark took another trip to the lake. This time, the couple went to Lake Piru instead of Lake Mead. Despite being pregnant, Stassi has been spending most of her time on the water. She even felt good enough to go for a relaxing swim.

On Instagram, Beau shared several photos of Stassi with her ever-growing baby bump in a blue bikini.

“My sweets,” the casting director wrote in an Instagram Story on Sunday, August 30. The Vanderpump Rules alum wore a navy-blue bikini as she cradled her stomach. She also wore a floppy hat and matching sarong. Beau documented their water activities, which included floating and sunbathing.

VPR star floats in the waters without a life vest

Beau Clark shared another clip of Stassi Schroeder. This time she was floating on her back without her life vest. But Beau kept his eyes on his fiance the entire time. Stassi looked joyous and relaxed during their getaway.

“Where’s the baby?” he joked. “Thank God your boobs keep you afloat!” Not hearing Beau, Stassi exclaimed that the water was freezing cold. While Stassi’s day in the water was not dangerous, fans were not happy to see her swimming without a life vest.

This comes after fans slammed Beau for taking Stassi on a houseboat. They argued that it was a “risk” for bringing her outdoors. Others thought it was unsafe for Stassi to be out on the waters. Pregnant women are advised to wear a life vest and prepare for sickness when venturing out on the waters.

Things could have taken a dangerous turn. Back in July, Naya Rivera went missing after she took her four-year-old son on a boating trip to the lake. Her body was found days later. The entertainer drowned after she hoisted her son back onto the boat.

Authorities revealed that she didn’t wear her life vest during the time of the incident. She wanted to go for a swim after they spent some time on the boat. Unfortunately, it led to her untimely death. Her son was found alone just hours later. He told authorities that it was the last time he saw his mother.

What are your thoughts? Do you think it was risky for Stassi Schroeder to go swimming without a life vest? Sound off below in the comments section.