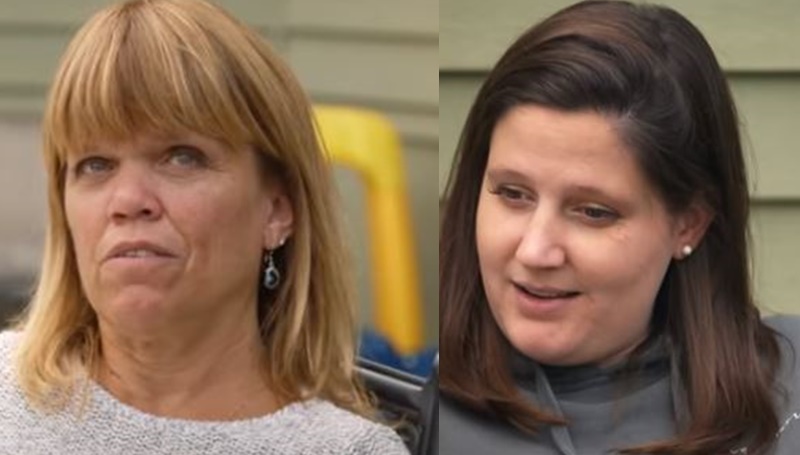 Tori Roloff took some flack from Little People, Big World fans as she hangs with Caryn a lot these days. Amy and Matt divorced, and ever since then, fans divided into two camps. The Amy fans and the Matt fans. And, it seems that extends to which kids hang with who. Critics feel Tori ignores Amy in favor of Caryn. But Amy doesn’t get cut out completely. At the moment, Tori’s kids hang with her.

Tori Roloff critics want to choose who she hangs out with

Little People, Big World critics vented when Matt shared a short clip that featured a short animated clip on Instagram. The clip featured Tori, his girlfriend Caryn, and one of their friends,” we reported. He captioned it with, “When these 3 get together… stuff happens. I just have to figure out what stuff just happened?”

Fans of the TLC show slammed Tori Roloff for spending more time with Caryn than Amy. In fact, one of them claimed, “My heart goes to Amy. I guess we all can be replaced.” Others agreed that Tori always seems rather off with Amy. Well, Amy got a new life with Chris and they seem to spend a lot of time traveling on his bike. So, she’s not always around these days. Whatever the real story, she spends time with Tori’s kids when she’s around.

Confirming her frequent absence, Amy shared a post of herself with Jackson and Lilah. She captioned it with, “When you come back from traveling for a couple of weeks the first thing you want to do is visit the grandkids. First Jackson and Lilah.”

The Little People, Big World star said she and Jackson built “a fort.” Then, she talked about “playing w/ Lilah after she woke up.” Finally, Amy noted, “These two always puts a smile on my face and my heart filled w/ love. I’m thankful and blessed.” So, Amy hangs with her grandkids when she can. But, why would she hanker to be Tori Roloff’s best friend?

When you come back from traveling for a couple of weeks the first thing you want to do is visit the grandkids. First Jackson and Lilah. Had a good time building a fort w/ Jackson and playing w/ Lilah after she woke up. These two always puts a smile on my face and my heart filled w/ love. I’m thankful and blessed. #grandmalove #♥️mygrandkids #allaboutfamily #amyroloffsnextchapter #grandmatime

Amy always bangs on about Caryn being an ex-farm employee. In fact, sometimes, Matt’s fans get the feeling she looks down her nose at farm workers. Perhaps, if Caryn came from another employment field, she might not hate on her so much. And bear in mind, that Tori met Zach when she worked on the farm.

Recall as well, that before her birth, Amy told her fans that Lilah’s a little person. That came in a now-deleted post. Many critics felt it wasn’t her place to do that. Realistically, how many young women call their mothers-in-law their bestie? Why should Tori Roloff? Amy’s a grandma, and she spends time with her grandchildren when she’s around. And, Caryn’s always careful not to step into the role of grandma out of respect to Amy Roloff.