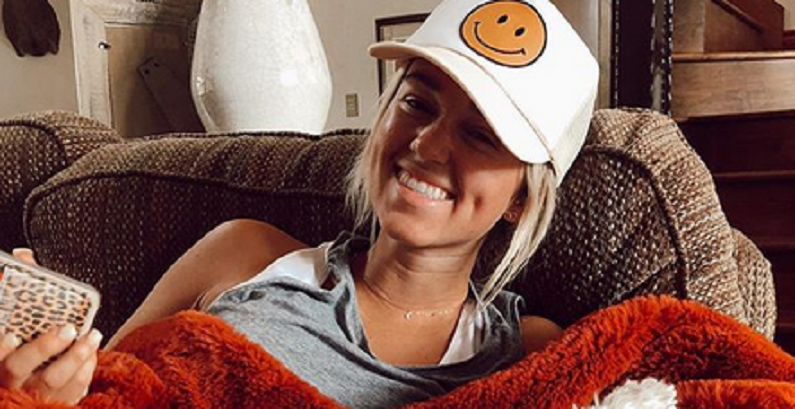 Sadie Robertson opened up about her newlywed life. In November 2019, Sadie married Christian Huff. The young couple is still riding on the high of their wedding. The two gush about each other on social media.

However, it hasn’t always been easy. As TV Shows Ace, Sadie talked about the constant questions she gets about having kids. Even her followers wonder if she’s pregnant in each of her social media posts. Not only does she get questions from complete strangers, but she also gets them from her own mom.

Sadie Robertson says her mom suspects she’s pregnant “every single time they talk.” In an interview with People, the 23-year-old discussed family. It makes sense since Sadie comes from a large family herself. Even Korie Robertson wants to know when Sadie is going to give her grandkids.

“That is the question that I get every day of my life,” Sadie said with a grimace on her face. “That is so funny. I’ll be like, ‘Mom, I have to tell you something.’ And then I’ll watch her take a deep breath and say, ‘Okay, what do you gotta tell me?’ I’m like, ‘I’m not pregnant!'”

Sadie gets those questions a lot from her own mom. So, it makes sense that she would be tired of it by now. She coyly said that she will “surprise everyone” when she gets pregnant.

Sadie Robertson relied on her faith during the pandemic

She became a reality star when she was just a teenager. Sadie Robertson started filming Duck Dynasty when she was 14 years old. Then she went on to compete on Dancing With the Stars at just 17 years old. In a new interview with Fox News, Sadie revealed how her faith has kept her level-headed about fame.

“My life just dramatically changed really fast,” she explained. “You think about how social media affects any young person and then think about social media with millions of followers… [it] definitely will affect you in certain ways.”

BIG SMILES FOR WHOA THATS GOOD WEDNESDAY! tag a friend who needs a life hug, because these words will be that! On today’s podcast @jenniesallen and I answered some of the toughest questions y’all sent in the DMs! We talked about toxic relationships, dealing with intrusive thoughts, and end times🤪 sooo thankful for her wisdom! ALSO, on the LO sister app we are doing a book club with @jenniesallen book Get Out Of Your Head! Go to @liveoriginal to find out details!

Sadie found her identity through her faith. Of course, she has tough days just like everyone else. But with her faith, she has a sense of “grounding” that keeps her sane. Sadie especially relied on her faith during these challenging times.

“It’s definitely been a huge, huge source of hope for me,” she continued. “We have hope that God is still with us here, to give us strength, to give us joy, to give us peace, to make us feel loved in the midst of a time where the world is really throwing things at you.”

However, the pandemic and being in quarantine have also improved her relationship with Christian. She feels that their increased time together has “really deepened our relationship.” Sadie gushed about her husband, saying that she’s “fallen more in love with Christian.” The newlyweds had arguments at the beginning, but they “snapped out of it.”