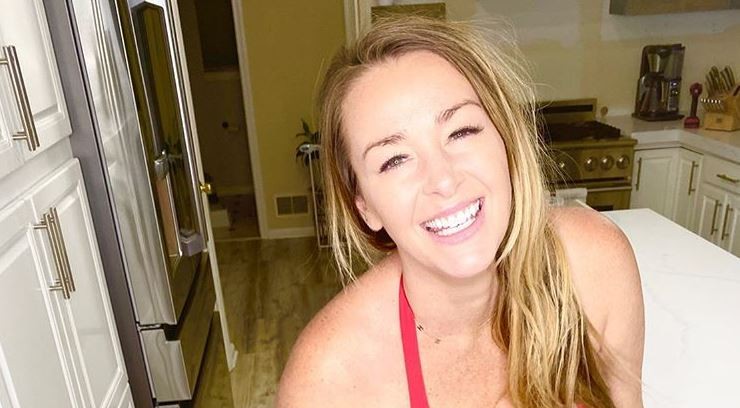 Married at First Sight alums Jamie Otis and husband Doug Hehner packed up their life in New Jersey to head south. They have been prepping for the big day and finally left for their new beginning. Where are they planting new roots?

After packing up the kids, dogs and necessities, Jamie and Doug flew to Florida to begin their next adventure. She documented their journey on Instagram. Jamie packed a box of frozen breast milk and was worried it would unfreeze before they arrived. The videos and photos show their family navigating through the airport with tons of luggage. They obviously paid to have the rest of their belongings moved by professionals.

Their new adventure takes them away from family, but they are excited for their new start. Their journey appears to be overwhelming, but filled with excitement. Jamie expressed being overwhelmed trying to get packed and to their flight. She was in protective mom mode in the airport wiping surfaces down with disinfectant wipes.

Another photo shows Jamie sitting on the airplane with the dog, Gracie and a nursing Hendrix. The photo shows her juggling it all while Doug has a whole row to himself on the plane. Finally, she announced they made it. Jamie shared they stayed in a hotel the first night rather than going to their new home because of arriving so late.

She has said she will give fans a tour on Instagram of their new house. A photo she did share shows a beautiful pool in their backyard.

The move follows her health scare

While Jamie was pregnant with Hendrix, she discovered she had HPV and some abnormal cells on her cervix. Following his birth she underwent further evaluation.  Jamie went through the LEEP procedure to have the concerning cells removed. The doctor indicated they were pre-cancerous cells and they were hoping to remove them all during the procedure.

Jamie is still waiting on pathology reports from her doctor. Or, if she has received them she’s not yet shared with fans. The whole experience prompted Jamie to remind fans to get their annual pap smears. Had she not of gotten pregnant, she the high risk cells could have spread without being diagnosed.

Fans love Jamie’s openness about sharing her personal experiences including all the good and bad times. It will be exciting to follow her and her family on their new adventure. Stay tuned for more updates as they become available.