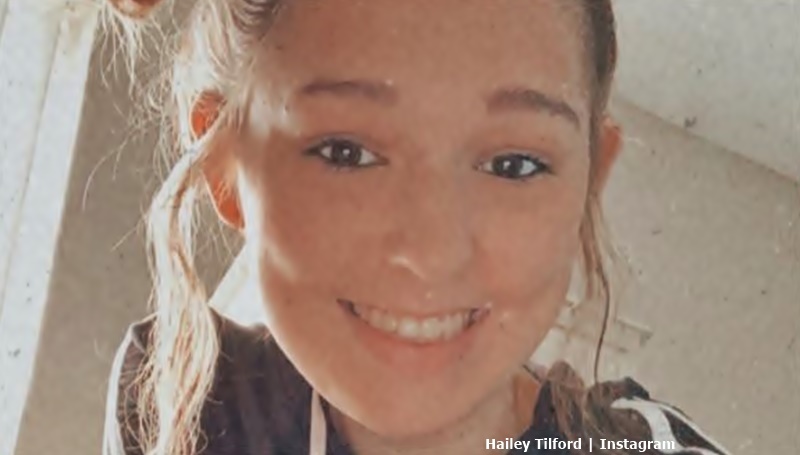 Unexpected fans heard from Hailey Tilford at Christmas, that she went to the hospital. Still pregnant with Levi at the time, some fans thought she suffered from morning sickness. Now she’s been unwell again, and fans suspected the same thing. But, she confirmed that she’s not pregnant again. So, what’s wrong with Hailey?

Unexpected – Hailey talks about her illness in Q&A

We reported last year, that Hailey Tilford suffered from some sort of tummy bug. Worried about Levi, the doctors put her on a rehydration IV. Everything came right, and a few months later, Levi arrived safely. But now, Hailey said that she went back to the hospital as she fell unwell again.

In her Live Q&A this weekend, she talked more about what ails her. Some fans already heard she felt a bit unwell, and Hailey said they thought she might be pregnant. But, it turns out that’s not the case. She described her symptoms after she shared a photo showing her in the hospital. The Unexpected alum said she felt unwell for about “two weeks.”

Hailey said that her stomach’s been “bothering” her for a while. Plus, she felt unwell with her head. So, they carried out a lot of scans. The young mom said that they carried out a “head CT,” a “stomach CT” and “an ultrasound.” It turned out that Hailey “ruptured a cyst.” It’s not the first time, and she said the problem recurred since the age “of twelve.”

The Unexpected mom added, “It sucks, but I am going to recover from it.” So, that’s very good news. While Hailey didn’t say where the cyst was, presumably it might be ovarian. The Mayo Clinic notes that sometimes the condition causes pain and even internal bleeding. Their website explains some of the symptoms include “pelvic pain. heaviness and floating.” But sometimes it’s accompanied by “vomiting” or “fever.”

Cole sat in the background during Hailey’s Q&A. He seems quite shy, but Hailey gave out his Instagram handle and lots of fans messaged him. Fans love Cole as they currently raise Matthew Blevins’ baby together. When Matthew made off, Cole stepped in to support Hailey, These days, he acts like Levi’s dad. And, he’s not the biological father.

my family completes me 💗💗

The Unexpected mom confirmed that they got together about seven months ago. Previously, they dated briefly while at high school. In the comments, fans told them that they are sweet and adorable. Well, that’s a major turn around. When Hailey first appeared the TLC show, many people hated her.

She bloomed into a very caring and mature young mother. Thankfully, the hospital staff told Hailey that her burst cyst’s not causing huge complications.