It’s been a while since Comedy Central announced Drunk History’s Season 7 renewal. Now fans of the cheeky ‘educational’ comedy have been impatiently waiting for new episodes.  What’s going on? Is the show going to return? Will Comedy Central’s Drunk History pull off a Ralph & rally or is it really gone for good? 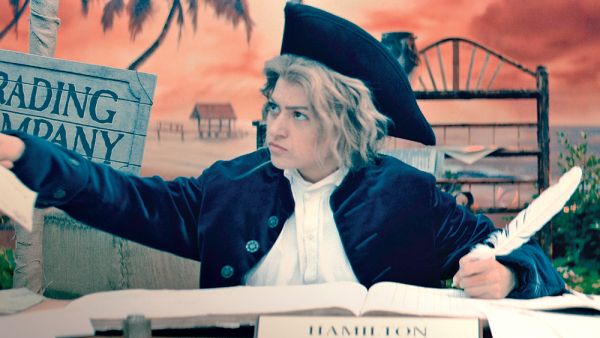 Drunk History was Renewed for a Seventh Season

Just before the pandemic, Comedy Central confirmed that they had ordered a seventh season of the historical skit show. After the close of the show’s sixth season, producers and writers began the creation and filming Season 7 episodes. Unfortunately, Variety confirms, as a result of closures, lay-offs, and social distancing regulations – production for new content came to a screeching halt. While numerous other networks were dealing with similar restrictions and struggles, Comedy Central seems to be having an especially difficult time. As a result – the network has been making some major changes to their scheduling plans.

While a number of the network’s shows took a hiatus from production – execs took this lull to refocus the channel’s focus efforts on the ever-growing plethora of adult animated shows. Over the last few months, Comedy Central has pushed forward in the production of several animated adult series including a reboot of the 90’s Nicktoon, Ren & Stimpy, Beavis and Butt-Head, and even a spin-off of MTV’s famous Daria series called Jodie.

What Does This Mean for Drunk History?

Unfortunately, according to a recent article on People Comedy Central has officially decided to give the show the ax. Drunk History will not be returning to the network for a seventh season. The cancellation occurs despite their earlier promise to renew. The show had a very successful six-season run on the show, of various important historical events. Over the course of its six years on air – the show featured dozens of celebrity guest stars who would pop into the visual narratives and lip-sync bits of hilarious dialogue as the narrator spoke it. Some of the well-known guest appearances include Mandy Moore, Jack Black, Michael Cera, Kirsten Dunst, Billie Joe Armstrong, Seth Rogan and Vannessa Hudgens — just to name a few.

Drunk History has organically grown a devoted cult-like audience that rooted for its success until the very end.  The show was created by the narrator, Derek Waters.  Additionally, the show had a powerful backbone – with producers Will Ferrell and Adam Mckay on board. The show has accumulated for than 15 Emmy nominations – despite its meager beginnings.

Fortunately for fans, Drunk History is still available on various channels and streaming platforms across the globe. Diehard fans can now revisit old episodes, despite the reality that the show will not be returning with new content.

Are you sad to see Drunk History go? Tell us how you feel about Comedy Central’s decision in the comments.

As always – stay tuned to TV Show’s Ace for the latest gossip on your favorite stars and shows.