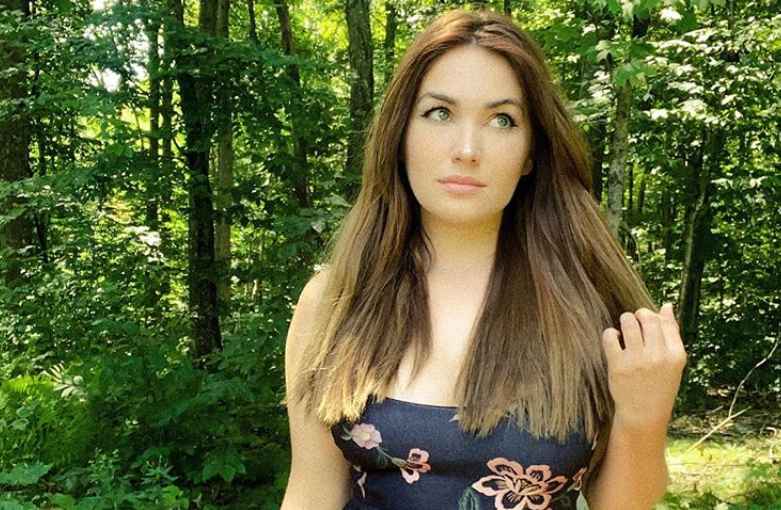 Stephanie Matto of 90 Day Fiance: Before the 90 Days regularly gets hit by trolls on social media. Proving this has no effect on her, this week Stephanie claps back at one follower who criticizes her OnlyFans page. In the process, fans now have an idea of just how much money the TLC reality star and YouTuber makes. Can anyone say “jealousy makes you nasty?”

Before Stephanie Matto starred on 90 Day Fiance: Before the 90 Days, she was already making a good living on YouTube. On her Instagram page, Stephanie describes herself as a “YouTuber, author and Martha Stewart of OnlyFans.” She boasts almost 375,000 subscribers on her Stepanka YouTube account. However, she also makes money on OnlyFans.

In her vlogs, Stephanie always keeps things real, including talking about her rare medical condition, Aplastic Anemia. She also opens up about her life behind the YouTube and 90 Day Fiance scenes, including her relationship status.  Matto is also into lifestyle projects, including a video giving a tour of her living room and a makeover of her dining room.

All you do is post photos of yourself. How narcissistic. Better start saving money because those looks won’t last long. All you are is a pair of tits. What will you do when you can’t profit off of your looks anymore? You’re fat. Wow, no hips or ass. Pancake tits. Your tits are saggy and gross. Put them away. Put on a bra. Wow, you dress like this and then act all conservative. I guess you can take photos like this but boobs molds are too much? You’re just asking for it. You’re fake. Are you still bisexual? Spoiled rich bitch. Mommy and daddy must be proud. Attention whore. Clout chaser. Gay for pay. #stepanka #ootd #connecticut #lifestyle #photooftheday

As can be seen from the Instagram post above, Stephanie is no stranger to trolls and their nasty messages. In her caption to the image, she posts examples of the nasty jibes she regularly receives.

However, the latest hate involves Stephanie’s OnlyFans account. She posts an image to Instagram and offers fans a link to her OnlyFans page. The comments vary, with some approving her account and others being generally nasty. However, one comment ticked all the boxes for Stephanie.

Guess who’s giving away $250 on my free onlyfans today 😜🤫 onlyfans.com/stepankafree What to expect on my free onlyfans? ❣️Tips & advice on making $ on OF ❣️Vlogs, story-time videos, sexy hauls ❣️Creator spotlight & promo each Sat. ❣️Cute photoshoots ❣️ A fun and open community ❣️ Message me 🍭🥰🍬 Please note that my free onlyfans is for 18+ and you will need to sign up with a credit card to verify age and will only be charged a 10 cent authorization fee for joining (but nothing else)! Instructions on how to enter the giveaway will be posted on my free onlyfans page!

The commenter claims sarcastically that Stephanie’s mother must be “so proud” of her OnlyFans account. The TLC reality alum shoots back, telling the hater that she had gifted her mom her “Porche Macan.” She adds that she is pretty sure her mom is “just fine” with it.

How much does the 90 Day Fiance alum earn?

More recently Matto opened up about her earnings between August 1 and 14. She boasted she had made almost $10,000 in subscriptions to see her boudoir photoshoots. Via her Instagram Stories, Stephanie tells fans “the proof is there.” She says she has the “tips and tricks” on how to make a living like this. While it isn’t easy, she says it is possible. Matto went on to say she is offering the tips “FOR FREE” as she feels blessed for her success. She honestly wants to share this with her fans.

In Touch reports that Stephanie is in the top 0.05 percent of earners and has been working like this since 2016. For almost four years, she has been making money on Patreon and OnlyFans, with which she has bought a home and cars. Meanwhile, she says she is able to do that from home, on her own time. While the earnings fluctuate, she does just fine.

Continue fighting the haters, Stephanie! You are understandably proud of your achievements, with or without 90 Day Fiance.