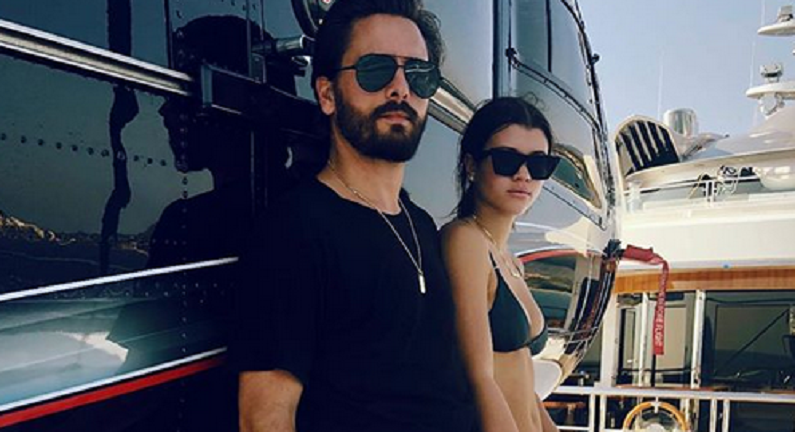 Scott Disick and Sofie Richie have split again. It appears that the Flip it Like Disick star was the one to call their relationship off. Now, the pair are no longer on speaking terms.

As TV Shows Ace previously reported, Scott juggled between Sofia and his ex-girlfriend, Kourtney Kardashian. Kourtney and Scott have been vacationing together with their three children.

In addition, the two have gotten flirty with each other on social media. Scott was last seen with Sofia last month. They were hoping to make things work. But it looks like their relationship is over once again.

Scott Disick wants to focus on his children. The reality stars reunited earlier this summer after spending time apart. An insider confirmed to People that the couple decided to end their relationship a second time this year. The inside source says the couple has ended things “for now.”

“It’s always been difficult for them to balance their relationship with Scott’s family life,” the insider told the outlet. “His kids will always come first.”

A second source confirmed to People that the two stars “are not seeing each other.” Scott wants to focus on his three children — Reign, 5, Mason, 10, and Penelope, 7 — whom he shares with Kourtney. Meanwhile, Sofia wants to spend more time with her friends this summer. Since the couple can’t see eye-to-eye, they decided to end their relationship. “At least for now,” a second source added.

Back in May, People confirmed that the couple is spending time apart. Sofia and Scott began dating in the fall of 2017. It was Scott’s first public relationship, two years after his split from Kourtney. At the time, an insider told People that the couple wanted to spend their time apart so Scott could focus on his family and his mental health. Those are the things that are most important to him right now.

Scott Disick no longer speaks to the model

Scott Disick and Sofia Richie are no longer on speaking terms since their split. An insider confirmed that news to Us Weekly. The couple has been dating on-and-off for the past few months, but they still couldn’t make it work.

“Scott and Sofia have been off and on for two months and now have broken up for good,” the insider told Us Weekly. “Sofia really pushed to make things work between them after they initially broke up, but Scott officially called it off recently and they are no longer speaking.”

Their age-difference became an issue in their relationship. Sofia is only 21 years old, while Scott just turned 37. The pair is obviously at different points in their life. Scott wants to take on a quieter lifestyle, while Sofia wants to party with her friends. Their differences are what drove them apart.

This split could be the final one for the couple. As the Talentless designer moves on from the model, he’s been spending more time with Kourtney. On Monday, August 17, Kourtney shared a swimsuit photo of herself at Lake Mead. Insiders claim that it pains Sofia to see Scott flirt with his ex on social media. So, she’s been keeping herself busy.