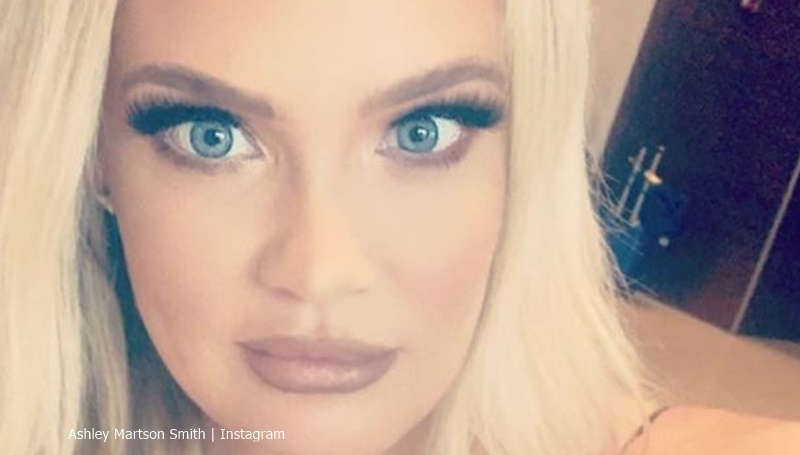 90 Day Fiance alum, Jay Smith celebrated the opening of his tattoo parlor this month. Excited for her husband, Ashley Martson shared the happy news on her Instagram. Right now, she sounds furious and guns for Deavan who apparently shades the new venture.

We reported on August 9, that many TLC fans expressed their best wishes. It came when Jay Smith celebrated with a ribbon-cutting ceremony for his new tattoo parlor. While many of Ashley’s co-stars from the TLC franchise also sent in congratulations, it seems Deavan didn’t join in the general happiness for the couple.

The Instagram account @187anonymous, shared a screenshot of a story by Ashley Martson. She sounds very unhappy with Deavan. Well, Ashley sounds like just one more person with not a lot of good things to say about Deavan right now. While the second season of 90 Day Fiance: The Other Way performs well on cable, Deavan and Jihoon get a lot of hate. But, Ashley’s issue isn’t with the way Deavan and Jihoon navigate their marital problems.

Gunning for Deavan, Ashley slams her

Whether you like Ashley or not, one thing fans know about her is she’s not afraid to go for critics on any of her family members. And, in her Instagram story, Ashley said that she heard Deavan said bad things about Jay’s new business. Her card noted, “Deavan is talking s*** on my husband’s tattoo skills.” Then, she said to Deavan, “worry about your f*****-up self and lack of parenting skills before speaking on us.”

Next, the 90 Day Fiance alum said, “don’t make me go in on you any more than this.” As fans know, Ashley developed a habit of screenshotting previous conversations with people. It seems she hoards them. So, they’re on hand to drag them out and attack her critics. Recall, she called for Jax Taylor’s firing from Bravo. She produced years-old screenshots of his conversations with her.

Now, Ashley told Deavan that she kept an old conversation from “a year ago.” Ashley threatened, “I don’t want to… embarrass your -ss more than you already do yourself.” At the bottom of her story, she put a badge. It read, “idiot.” No doubt, fans should expect more fireworks. Deavan, just as strong-minded and willful as Ashley probably strikes back soon.

In the comments section of the post, one 90 Day Fiance follower described Ashley as “trash.” However, they added, “but she ain’t wrong. 😳” However, Ashley received negativity by some fans for throwing stones. But, a loyal fan noted that at least Ashley kept her kids off the 90 Day Fiance show.

No doubt, soon, Deavan will lash back at Ashley Martson and a ding-dong battle will erupt.