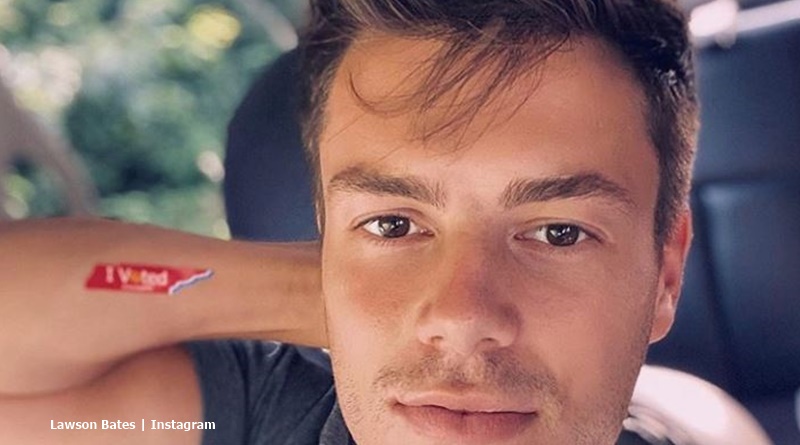 Lawson Bates, the darling of Bringing Up Bates fans, blackened his image a little bit three days ago. He shared a photo of himself holding a dead coyote. Outrage erupted after he described it as a “varmint.” In response to so much criticism, Lawson edited his caption and explained in the comments that when he shot the coyote, it didn’t damage either his family’s reputation or UPtv.

After people went crazy accusing him of being a killer for hunting, Lawson changed his caption. He wrote, “Clarification for the many different public opinions on this post: I don’t hunt for sport.” He added, “This was a varmint to the livestock on the ranch I was visiting.” Then he added,  “if you don’t like or support hunting that’s absolutely fine and you’re right. But, don’t eat any meat and don’t judge others who have different reasoning. Above all be kind.”

Nevertheless, in Lawson Bates’ comments, a critic spoke about UPtv. They said, “shame he didn’t think of the family… The ones you do enjoy the show/ and all the perks recognition…put such a bad vibe out in social media that could wreck things with the network. Kind of not worth it.” Well, it seems that Lawson’s not about to let anti-hunting critics get to him at all. In fact, he came back with quite a long reply. Clearly, he simply won’t allow animal activist sentiments on his Instagram.

Lawson denies any harm done to UPtv or his family

In response to the critic who spoke about the network, Lawson said, “it’s not a bad vibe at all.” He noted that neither the network nor his family get affected. Furthermore,  he stated, “It’s also something most of the world agrees with and understands. Every one of my fam grew up doing (and still do) all of the above.” And, he also said, that “it literally been a way of life” for most of humanity in the past. However, it seems that never satisfied the critics who disagree with hunting any animals at all.

One person commented back to Lawson Bates. They said, “People [plainly state] they will no longer watch the show. Is that fair to the rest of your family members, regardless of how you feel about your own post? You seem like a friendly, upbeat, positive person. But, after reading some of YOUR replies to comments, I’m second guessing that.” Actually, with the cancel culture growing, everyone with a differing opinion from the majority just yells out on social media, and before you know it, a show gets pulled.

Big sky country ☀️ 🌾 . *clarification for the many differing public opinions on this post: I don’t hunt for sport. This was a varmint to the livestock on the ranch I was visiting. If you don’t like or support hunting that is absolutely fine, and your right, but don’t eat any meat, and don’t judge others who have different reasoning. Above all, be kind 💛    

Nevertheless, this issue revolves around hunting. And, plenty of people see nothing wrong with that. As Humans And Nature Org noted, “the majority of the American public supports hunting even if they don’t personally participate.” Do you think UPtv might pull Bringing Up Bates because Lawson Bates shot a coyote? Sound off in the comments below.