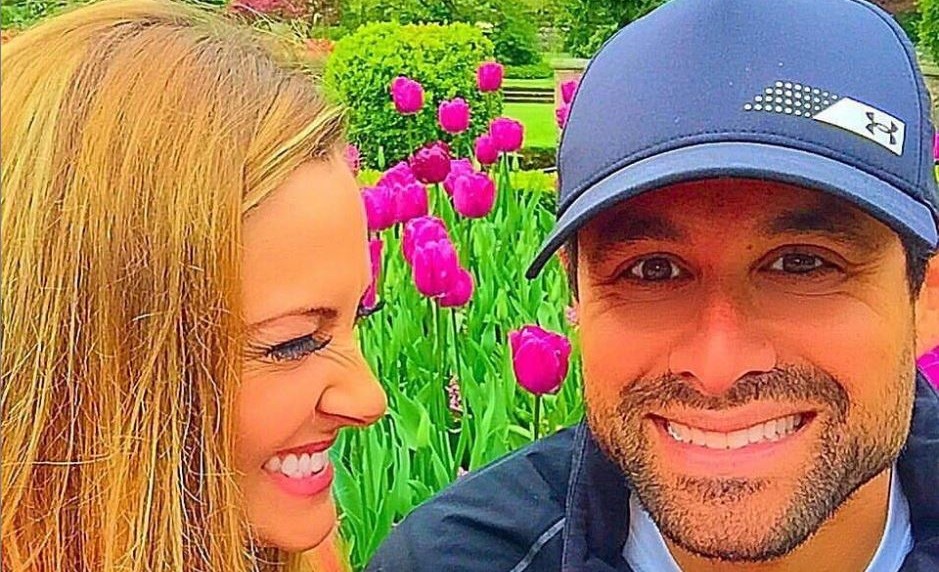 Jason Mesick was the Season 13 lead on The Bachelor. Fans were eager to see the single dad find love. However, that all changed when Jason pulled a franchise first. On the season finale, viewers saw him propose to Melissa Rycroft. On After the Final Rose, fans saw him break her heart in order to pursue runner-up Molly Malaney. Now, all more than a decade later, it’s being said Jason’s season paved the way for other leads to have iconic seasons with crazy endings.

Entertainment Tonight shared details about what Molly and Jason had to say about their remarkable season. Jason was the first to prove that rules can be broken. Following Jason’s season viewers saw many unorthodox things occur. Arie Luyendyk Jr. did the same thing Jason did. He ended his engagement to Becca Kufrin to be with now-wife Lauren Burnham.

Colton Underwood decided to chase after Cassie Randolph in the infamous fence jump. And, Hannah Brown asked Tyler Cameron out for drinks on her After the Final Rose following her breakup with Jed Wyatt.

Many things can now happen in Bachelor world and Jason set the bar for future leads to step outside the box. Molly said, “I think our season certainly paved the way for people to break the formula. If someone were having reservations on, ‘Oh did I make the right decision?’ Like, ‘OK, just change your mind, because that can work too.'”

For the past few weeks, I've been giving shoutouts to the incredible friends we have made during our time in #Bachelornation. With our episode airing tonight, it would be easy for me to post about how grateful I am to this show, it lead me to Jason & Ty, brought Riley into our lives, allowed me to travel the world, blah, blah, blah….but you all already know that. . Today – I'm dedicating my post to @melrystrick ❤️ . I dare you to google my name and find an article about me that doesn't mention Melissa's name. Then do the reverse. Actually…I'll save you the time. An article like that doesn't exist. Our names have forever been synonymous, but I'm here to tell you that Melissa Rycroft is sooooo much more than – what they like to say – "a jilted woman"! . One of the FIRST ladies I met on the show was Melissa. She was in my limo, with 3 other gals, so we experienced that first drive up to the Bachelor house together. When we moved into the house, I shared a room with 4 other ladies, and guess whose bed was right next to mine….Melissa's! We spent a lot of time together, and I can tell you, her personality is infectious! She is funny, charismatic, drop dead gorgeous, and amongst all other things, she's smart. . Things got a little messy in the middle (as we all know and will, unfortunately, be reliving tonight 🙈), but Melissa….she took a crappy situation and turned it into some serious lemonade! DWTS (x's 2!), a DECADE long career in media & hosting, she married her long-time sweetheart, has 3 beautiful kiddos! . Life happens in weird ways, and it doesn't always look pretty, but I know Melissa will be the first to say that she is exactly where she wants to be. I feel lucky that I got to know Melissa. We went through something together that no one else has ever experienced (well…we used to say that prior to a few recent seasons 😉) It shaped us, changed us, and made us the people we are today and THAT, my friends, it why I am grateful to have gone through this experience. . Happy watching 🌹❤️

He talks about the day he let Molly go

Jason says he isn’t sure how things would have ended up if he hadn’t sent Molly home in New Zealand. He does know that regardless he should not have proposed to Melissa that day. Jason said, “I remember letting Molly go… she’s saying, ‘You’re making a mistake.’ In my mind, I don’t ever make mistakes. But when she said that to me, I’m like, ‘Oh my God, am I?'”He also admitted that Molly pointing out his mistake “put me in a tailspin.”

While he never intended to break Melissa’s heart, he couldn’t stop thinking of Molly. Jason takes full responsibility for hurting Melissa. He said, “I knew how bad it was going to be in general. I knew that what I was doing to Melissa, and I knew how things were going down, I knew how the public was going to view us, and that I was bringing [Molly] into this whole thing. I just wanted it all to end, because I thought when the cameras stopped that day, we were done. Here we are, 11 years later, and we’re not done.”

Karma caught up with him

After Jason switched from Melissa to Molly Karma actually bit him hard. During Monday night’s episode, Jason shared the horrible accident he had. He said, “I wanna go back. So you see this? Right when we stopped filming, we went to a house. You know, they lock us up in a house so nobody can see us. And I fell in the pool, on the edge of the pool, and literally cracked my knee and went straight to the bone. So this is, if anybody felt angry at me, I got some massive karma because my bone was hanging out with my new girlfriend… So an ambulance has to come, but because we can’t go out in public, and nothing has aired yet.”

Molly added she had to hide in the closet so nobody would see her. She literally left him bleeding on the side of the pool. Chris Harrison actually admitted he had never heard this story until now. Jason pointed out his scar on camera.

Jason’s thoughts on everything that happened

So does Jason have any regrets? Yes he does and would do some things differently if he could. He said he never would have proposed. He believes as a single dad it wasn’t the responsible thing to do. Thankfully it all worked out. He and Molly have been married for over ten years now. He gushes about what an incredible stepmom she is to Ty and a wonderful mother to their daughter Riley.

And, nobody harbors any hard feelings. Time healed their wounds and everyone is better off with how things worked out. Melissa went on to marry Tye Strickland and has three beautiful children.

The Bachelor: The Greatest Seasons — Ever! airs Mondays on ABC.

Julie Chrisley Dishes: Who Is Her Favorite Person To Cook With?
Uncle Dale Mills Gets More Than Bargained For Babysitting Busby Quints
‘Manifest’ Season 1 & 2 Drop Into The Netflix Library
‘Horrible’ Photos Of Josh Duggar With Minors Resurface Following Arrest
Is It Too Late For Jill & Jessa Duggar To Sue Josh For 2002 Molestations?