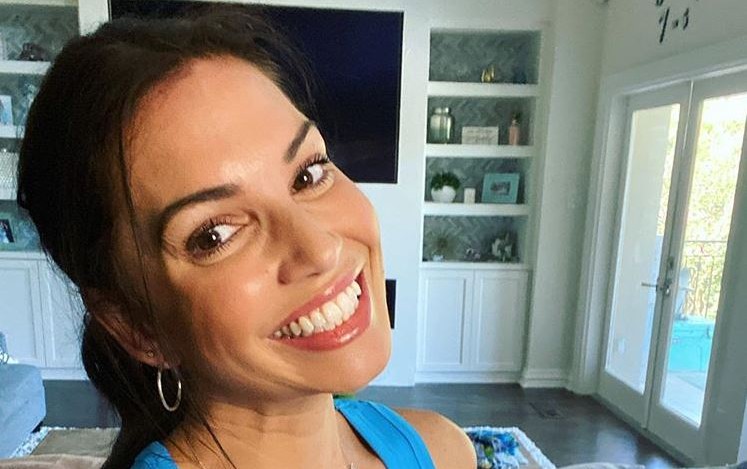 It’s been more than a decade since Melissa Rycroft appeared on The Bachelor. At the time, she was crushed and humiliated over Jason Mesnick breaking her heart on live national television. He went on to marry Molly Malaney. After all these years, how does Melissa feel about Molly and Jason? She went to social media to share her feelings.

Melissa shares how she feels about Molly and Jason

Melissa went to Facebook to share thoughts on tonight’s Bachelor GOAT episode. And, she’s sharing her feelings towards Jason and Molly. She started off her post saying, “Please be kind to us tonight….” She continued, “Listen, nothing about it was ideal, I think we can all agree to that. But it doesn’t change the fact that the outcome was inevitable.”

Melissa went on to say she is always asked if she is mad about everything that went down. She said, “Why? Why would I be? (First….I was never mad at her at all….). But over a decade later, we’re both married, both have beautiful families, so why still be upset? We all moved on from the situation so long ago, that having to relive it again almost feels like watching other people go through it!”

Where do I start Mrs. Mesnick.  Let me apologize publicly again for putting you through the Bachelor🌹 mess that I created.  With that being said… it built an incredible, unique, foundation for us to build our family – showing that we can make it through anything.  You are, by far, the most generous person that I have ever met.  Molly would literally take the shirt off her back for anyone (I beg her to do this all of the time 😉) Without a beat, she became a step-mom at age 25 and has been there, unconditionally, for Ty for 10 years.  She's created the most beautiful and comfortable home for our family, welcomes everyone with an open door (she is the hostess with the mostest). I wish you could all see the way Riley looks up to her. Riley sees all that Molly is and is the perfect Mini-Molly.  I love you with everything that I am and look forward to tackling the next chapter with you!  Now lets go to @terranearesort for our 10 year celebration!

She still thinks highly of them

Melissa went on to say, “So please be kind. Jason and Molly are great people who have created a beautiful life together. And I’m right where I am supposed to be…and with who I was meant to be with. None of us are angry, none of us hold a grudge, and oddly none of us regret it, because look where it took us! We may have come out if it all a little scarred, but it made us all so much stronger!”

She continued on jokingly saying to please enjoy the horrendous fashion trends that appeared throughout this season. Melissa concluded saying that may be the most embarrassing thing to come out of the season.

Please be kind to us tonight….Listen, nothing about it was ideal, I think we can all agree to that. But it doesn’t…

Everyone is happy now, including Melissa

While things were intense when Jason’s season aired long ago, it all worked out. Melissa went on to marry Tye Strickland. They have three beautiful children and a life they can be proud of. Jason and Molly also married. They had a beautiful daughter, Riley, and they also have Ty. He was Jason’s son from a previous marriage.

Jason was a fan favorite from the beginning and was loved for his genuine heart and honesty. He was the single dad America couldn’t wait to see as The Bachelor. Of course, he received tons of criticism over his break-up with Melissa. He’s still a great person though and things worked out as they were meant to.

Don’t miss Jason’s season tonight on ‘The Bachelor: The Greatest Seasons – Ever!