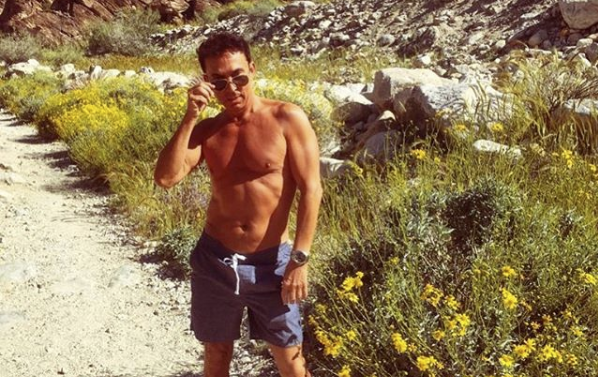 Dancing With The Stars judge Bruno Tonioli has quite the following. The 64-year-old Italian dancer has fans all over the world due to his involvement with multiple competition shows. However, he recently had to make a very difficult decision. His fans in the U.K. are not happy.

Bruno Tonioli Had to Choose Which Show to Judge This Year

Bruno Tonioli joined the British dancing competition show Strictly Comes Dancing in 2004. One year later, he also joined the American show, Dancing With The Stars. In any normal year, he flies back and forth so he can shoot both. However, the Coronavirus pandemic made that virtually impossible this year. And so, Tonioli chose to stay in the United States and shoot Dancing With The Stars and will not be part of Strictly Comes Dancing this year.

“Everyone at Strictly was devastated when they found out Bruno was going to pull out of this year’s series,” an insider reportedly told The Daily Star. However, U.K. fans shouldn’t completely give up hope yet. There may be time for Tonioli to make it for the last few episodes of Strictly.

“Dancing With The Stars usually ends a few weeks before Strictly’s final. So the plan is for Bruno to jet back to the UK as soon as he’s finished with his ­commitments in the US,” the insider continued. “There will be enough time for him to do two weeks in quarantine if needed. And then he will be free to make his big comeback on Strictly.”

We’re very glad to see Bruno Tonioli will return to Dancing With The Stars next month. After we learned Tom Bergeron and Erin Andrews won’t return, we don’t think we could handle any more bad news.

We also don’t think American fans would react very well if Tonioli chose to leave this season. They were not at all pleased when the show announced they were moving in a new direction and Tom and Erin would not return. Fans posted on social media they wouldn’t watch the new season in protest.

“It’s too bad I won’t be watching since it’s was someone’s brilliant idea to get rid of Tom & Erin and replace them with Tyra Banks. Worst decision ever!” wrote one Instagram user.

What do you think of the host change? We will miss Tom and Erin too, but we think fans are being a little too harsh on Tyra. Give her a chance. You may end up liking what she brings to the table.

We still don’t know exactly when Dancing With The Stars will return, but we know it will be on Monday nights, hopefully starting in September. We’ll fill you in when we have more details. Until then, follow us on social media for more stories like these.