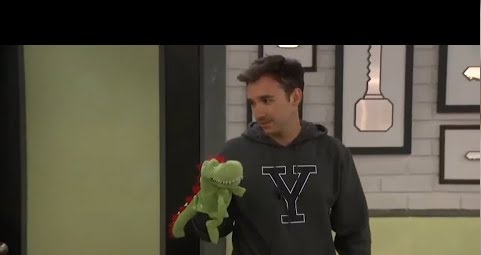 Wondering which members of the Big Brother Season 22 cast are autistic? Keep reading to find out! But, be warned, the remainder of this article may contain spoilers.

Ian Terry confirms he is autistic.

According to Monsters and Critics, Ian Terry has confirmed that he is autistic. While sharing this information with some of his houseguests, however, something unexpected happened. One of his fellow housemates revealed they were also on the spectrum. So, it would appear as if Big Brother 22 actually has two houseguests on the spectrum.

Ian Terry was the winner of Big Brother 14. Similar to Nicole Franzel, Ian would be the first to win Big Brother twice if he managed to win Season 22. Unfortunately, being on the spectrum is proving to make this season of Big Brother difficult for Ian.

Did Big Brother viewers suspect Ian Terry was on the autism spectrum?

Autism is a pretty tricky developmental disorder to spot just by looking at someone. This is because autism doesn’t have a certain appearance. A person can’t really say “you don’t look autistic.” But, there are a number of tics and symptoms of being on the spectrum that people can sometimes recognize. And, as it turns out, Big Brother viewers tuning into the live feed noticed a few tics of Ian Terry’s that made them wonder. Could he be autistic? Well, it turns out they were correct in their theories. Ian Terry is autistic.

Those watching the live feed received nearly an immediate answer to the question of whether Ian is autistic. Why? Well, Ian Terry made the decision to reveal his autism. He revealed it to a group of housemates he was forming an alliance with.

Checking in: How are we feeling after tonight’s episode?! #BB22

As those who have watched Big Brother in the past know… This was either a very good or very bad move on Ian’s part. Telling houseguests a personal detail such as that either solidifies the alliance. Or, they find a way to use it against you.

This, however, is where things got interesting. Ian Terry learned he was not the only one representing the autism community in the Big Brother house. Turns out, he had a fellow housemate who was also on the spectrum.

Ian Terry was chatting with Kaysar Ridha, Nicole Anthony, and Janelle Pierzina. The group discussed some of the stresses of the game. This is when Ian decided to open up about being autistic. He revealed how difficult the game was for him. He described it as “autistic h*ll.”

See the conversation in the video attached to the tweet below.

Ian: I hate this game…not fun. This is like autistic hell…and I mean, you know, you can tell right?
Kaysar: What?
Ian: I'm autistic.
Kaysar: Yeah I already knew, cause I am too.
Ian: I gave up on trying to hide it.#bb22 pic.twitter.com/YhAFtSvBrz

Now, it is worth mentioning that Kaysar Ridha does admit he’s never had a formal diagnosis of autism. Shocked by the conversation, Ian had no idea Kaysar was also autistic. Kaysar owned up to the fact that he covers up his autism. Ian added that he “gave up” on trying to hide his autism from the world.

Terry also apologizes to the group hoping he didn’t offend anyone by the topic of conversation. All four were quick to reassure him they were not offended. They also discussed a theory on whether everyone might be somewhere on the autism spectrum.

So, did Ian Terry confirming he has autism surprise you? Do you think Kaysar Ridha has autism as well? Share your thoughts in the comments down below.